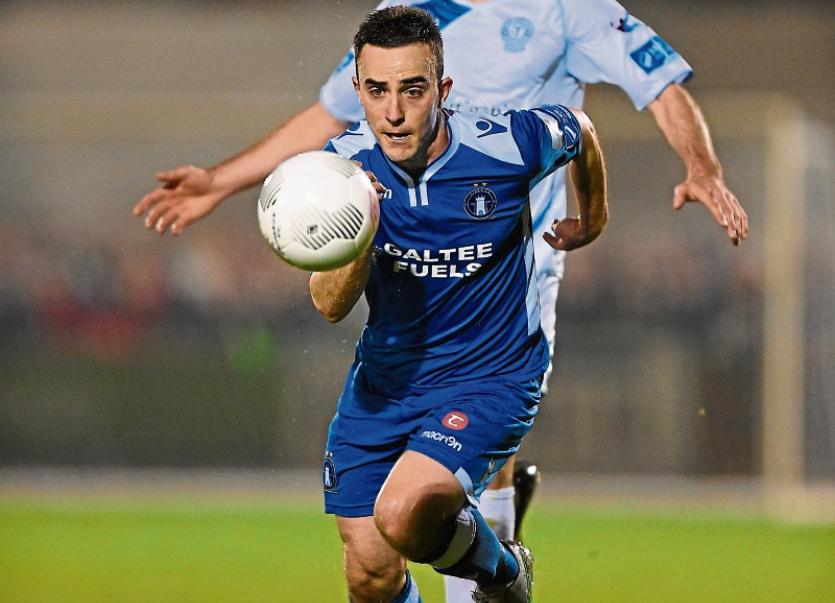 HIGH-FLYING Limerick FC moved 16 points clear at the top of the SSE Airtricity League First Division after scoring a precious 2-0 win over Cabinteely at Stradbrook on Friday night.

Goals in either half from a Shane Tracy free-kick on 29 minutes and Sean McSweeney 10 minutes into the second half helped Martin Russell’s side get back to winning ways.

After a 12-game winning start to the First Division season, the Blues a dropped their first points of the campaign with a 2-2 draw with second-placed Drogheda on their final outing before the mid-season break.

However, Russell’s charges bounced back to winning ways in Dublin and with Drogheda losing 2-1 at home to UCD, Limerick have increased their lead to a whopping 16 points.

Next up for the runaway First Division leaders is a Saturday, July 2 meeting with UCD at the Markets Field, 6.30pm.