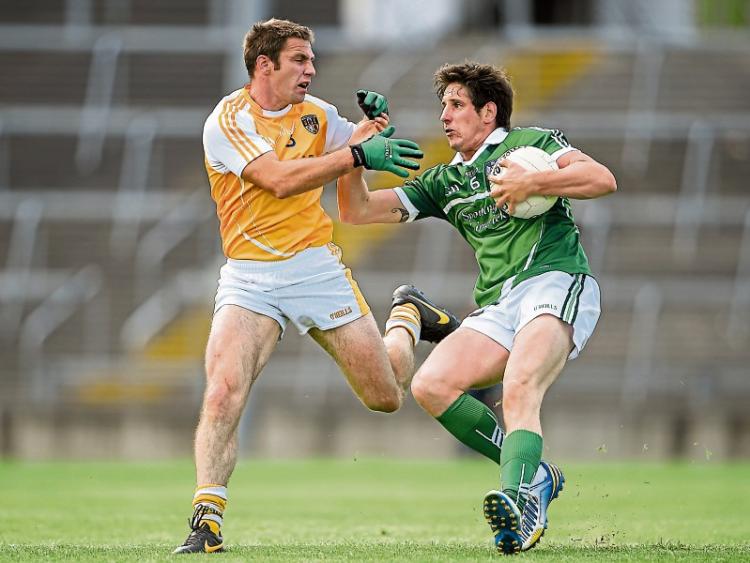 THE Limerick footballers are Belfast bound as they bid to defy the odds and end their losing streak.

Without a competitive win since April 2015 – stretching to 12 games, Limerick’s cause will not be helped by the potential absence of six first choice players from the 2016 panel.

Such is the backdrop the Saturday’s (2.00) All Ireland SFC Qualifiers in Corrigan Park that Limerick manager John Brudair concedes his side face a “mammoth task”.

Limerick are 5/2 outsiders in their attempt to reach round two on July 9 against Mayo, Cork, Donegal/Monaghan or Westmeath/Kildare.

What is confirmed is that Limerick will be without four players that played against Clare in the Munster championship for the trip north.

Limerick are planning without Cian Sheehan, Danny Neville, Paul White and Cillian Fahy. On top of that captain Iain Corbett still isn’t back to full fitness, while Tom Lee remains out. Sheehan and Neville are to spend the Summer in the US, White is abroad this weekend, while Fahy is ruled out by injury.

“We are under pressure but that is what a squad is for,” said Limerick manager John Brudair.

“It will be a big ask – at full strength I would be confidence but now it’s a mammoth task,” he said of the round one game.

“The mood in the camp prior to the Clare game was brilliant and everyone bought into the gameplan and we went very close to getting the win. Obviously with the squad now depleted we are a bit deflated from it,” said Brudair.

Antrim lost to Fermanagh in the Ulster SFC, but did win promotion from Division Four of the league, albeit losing the league final to Louth in Croke Park.

“I was up in Croke Park to see the Clare v Kildare league final and Antrim v Louth was before it and I saw that and have now seen that game back a few times. They are after a good year and went unbeaten through their league group. They have used pretty much the same personnel in most games - they have two very good inside forwards in Neeson and T McCann and then two playmakers in the other McGann and Niblock, while they had a tall midfielder in McKeever, who had a spell in Aussie Rules,” outlined Brudair.

“They had the option of bringing the game to Croke Park but they have been drawn away in the Qualifiers for the last six or seven years and were determined to keep their home advantage.”

Limerick prepared for Saturday with a challenge game against Longford last weekend.