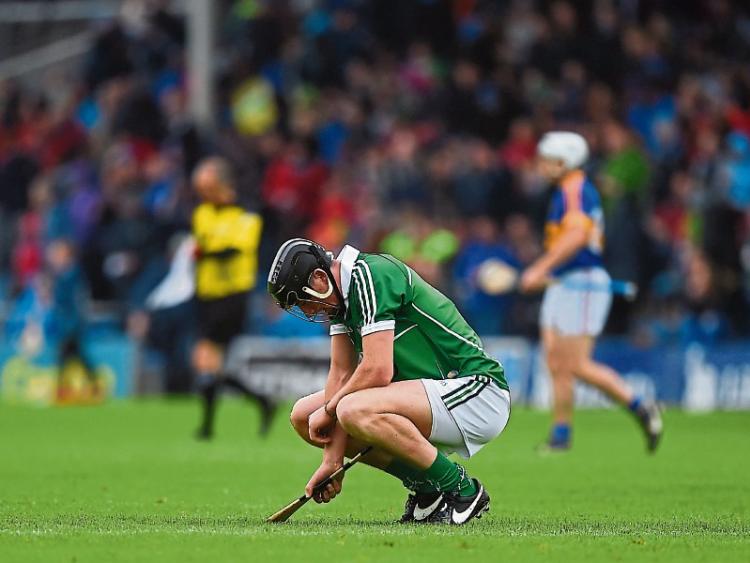 TJ RYAN sat with members of the media for 23-minutes in the days before Limerick’s Munster SHC semi final with Tipperary.

His final comments he addressed some of his team’s recent “flat” displays – most notably the winner-takes-all league encounter with Clare and the league semi final with Waterford.

“The intensity and aggression that you would associate with our play was missing – those issues have been discussed and we would like to think we will bring them to the table,” said Ryan.

There were no excuses from the Limerick camp but neither were their explanations for another inconsistent performance.

Limerick went to Thurles as firm underdogs but carrying some buds of hope on the back of last September’s All Ireland U-21 win and the inclusion of five of those stars in the senior starting team. But it was another display lacking any real leaders, structure ot intensity from TJ Ryan’s senior outfit.

Nine weeks previous it was something similar in the Allianz League semi final against Waterford. Also in that game there were positive snippets from Limerick in the opening half before a second half collapse. While it wasn’t a total collapse in the second half last Sunday, there was little by the way of positive for those supporting the boys in green.

Tipperary led with their early salvo of goals and were 2-1 to 0-3 ahead when John O’Dywer was sent off in the 13th minute. Limerick had an extra man from here to the end but only outscored Tipp, 1-13 to 1-11 – including the late late consolation goal.

It was a display that caused much angst among supporters.

”Limerick play at their best when it’s absolute manic aggression and passion, and another thing is that when Limerick get going there’s lots of hard tackling and intensity and the crowd kicks up. I think the team feeds off the crowd and vice-versa and that brings Limerick on to the next level. When Limerick aren’t at that level we can be pretty average and I thought yesterday we were average. We were missing that intensity,” said former full back Stephen Lucey on RTE’s Jones Road Podcast.

”We need to get back to our core values of hard work and commitment to the cause. There’s too much prestige associated with hurling for Limerick. We need to get back to the basics and pride in the jersey. We looked a bit rudderless. There was no ‘in your face’ aggression, what Limerick would normally bring to the table,” said Quaid this week.

The cold reality is that Tipperary outclassed and outfought Limerick, despite Michael Ryan’s men playing with 14-man for almost an hour.

And, yet for all the negativity Limerick could very well have won this semi final.

But much work is required if the qualifiers are to bring some solace.

While intensity and aggression were words to the forefront of many a post mortem this week, Limerick’s hurling can also be better.

Tipperary won possession far too easy all over the field. Limerick did have Gavin O’Mahony as an extra man in defence following the sending-off and this did give a certain platform but the delivery of ball into attack lacked imagination at times. Ball after ball was delivered long with little crossfield passes to attempt unlock the Tipp rearguard. The late late goal from Tom Morrissey demonstrated the value of running at the defence but the early minutes aside Limerick never asked questions with this tactic.

Quite simply, all involved know they must do better next time out. There are those who would prefer a mid-season change of management but TJ Ryan is currently in the second of his three year term – albeit an end of season change is now looking likely.

“We have to dust ourselves down, go back to the training ground and go again,” said TJ Ryan outside the beaten dressing room.

The journey back from the brink begins in Mullingar on July 2.