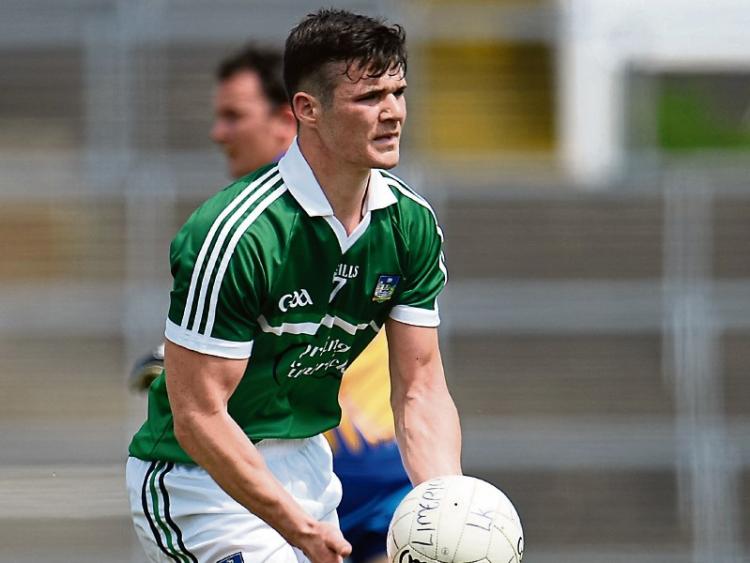 LIMERICK football manager John Brudair concedes his side face a “mammoth task” in Saturday All Ireland SFC Qualifier against Antrim.

Limerick will be without four players that played against Clare in the Munster championship for the trip to Corrigan Park in Belfast.

Without a win in their last 12 competitive games Limerick are now planning without Cian Sheehan, Danny Neville, Paul White and Cillian Fahy for the clash with Antrim.

On top of that captain Iain Corbett still isn’t back to full fitness, while Tom Lee remains out.

Sheehan and Neville are to spend the Summer in the US, White is abroad this weekend, while Fahy is ruled out by injury.

”We are under pressure but that is what a squad is for,” said Limerick manager John Brudair.

”It will be a big ask – at full strength I would be confidence but now it’s a mammoth task,” he said of the round one game, in which Limerick are 5/2 outsiders.

”The mood in the camp prior to the Clare game was brilliant and everyone bought into the gameplan and we went very close to getting the win. Obviously with the squad now depleted we are a bit deflated from it,” said Brudair.

Antrim lost to Fermanagh in the Ulster SFC, but did win promotion from Division Four of the league, albeit losing the league final to Louth in Croke Park.

"We just have to treat it like a one-off game,” said Brudair.