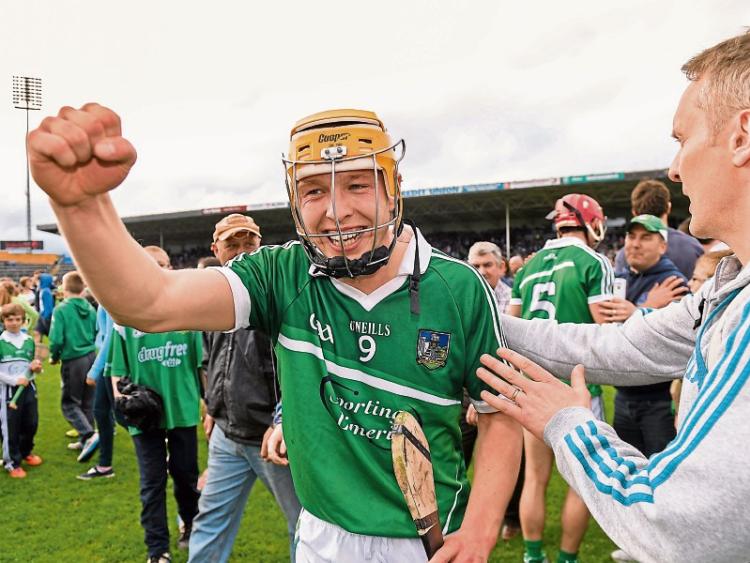 Strange things can happen a team between the end of the National League and the start of the championship.

The lack of performance can sometimes be the spur, the focus, the mirror that requires reflection and that has often lifted teams to new heights come championship time. This Sunday in Thurles old foes Limerick and Tipperary will mix ash to see who will win a place in the Munster final. This is a massive game for Limerick. Win here and the league memories will evaporate.

History shows that championship meetings between Limerick and Tipperary are hard to call because they so often take on a life of their own. Whatever fears Limerick supporters have about their team going into this game I can assure you that such fears also exist in the premier county. We have heard little enough from the Limerick set up since that disappointing performance against Waterford in the league semi final but silence in the weeks leading up to championship is often the correct approach.

One had to be impressed by Tipperary in their opening round win against Cork but this win was achieved with very little resistance and pressure from the Cork players. I expect Limerick to bring a fair bit of hunger and work rate into this game because if they don't you would have to fear for them.

The stark reality is that we don’t really know where the Limerick senior hurling team are at. They have met none of the milestones so far this year and we can only hope that they can lift their game sufficiently for Tipperary. The mood music coming from the Limerick camp does not ooze with confidence and if only half is to be believed then they will have their work cut out for them in beating Tipperary.

They played Waterford a few weeks ago and that didn’t go well for Limerick. In fact it left more questions than answers. Some of the Waterford mentors were surprised with Limericks display on the night but could it be the wake up call they needed? Waterford were flying for that game. They wanted to see where they were at before they faced Clare. I think we all know where they are at now and before the season is over they will inflict pain on other teams.

Limerick will need to get a lot right to overcome Tipperary and unless they bring a huge sustained challenge they will come up short. I saw Tipperary play a few games during the league and also their opening round championship game against Cork.

They were impressive that day. Michael Ryan let it be known early that he meant business. He met lads that had served Tipperary well and they had a choice, it was simple go in their own time or be dropped.

He set about settling his team early and I hold the view that they had little interest in the National League. For him it was all about learning and at the same time protecting Division 1 status. They did that and also got valuable game time into young players. As far back as last January he knew the defence he wanted and stuck with them. The same six backs played against Cork in the championship.

I was almost in the Tipperary dugout for the Cork game. I watched how the players and management operated. I was very impressed with the cool nature of the Tipperary management. They had their homework done and they trusted the players. That said I could see gaps and if Limerick bring an honest and hardworking game plan to Thurles they have a chance.

The way the hurling year has gone so far I am expecting surprises. I think we will have a different All Ireland winner and the team best equipped can go through the gap. Clare did it in 2013 when a real opportunity existed for Limerick.

One of the major tasks for the Limerick management is to pick six backs that can work as a unit. They will know from experience that the Tipperary forwards are all good stick men. They have the balance, skill and power that could hurt Limerick in a flash. Players like Callanan, Dwyer and the McGrath brothers come into this game with real form and the formation of the Limerick defence could decide the game.

In the Cork game the Tipperary halfback line of Kennedy, Ronan and Padraic Maher pulled most of the strings. They hit a lot of ball but unlike previous years you could see they were now far more concerned where that ball would land. They looked for space for forwards to run into and in most cases against Cork it worked well. The makeup of the Limerick half forward line will be very important. They not only must score and provide but crucially they must stop the supply of ball from the halfback line. That’s a tall order but to me it provides the biggest clue to winning the game.

One would think that Limerick will need little motivation for this encounter. The management have had time to get the team right and also the benefit of seeing Tipperary against Cork. It will require players like Seamus Hickey, Tom Condon, Shane Dowling, Paul Browne, James Ryan and Cian Lynch to lead the way but most of all it will require attitude and great belief. If the management have instilled that then Limerick have a fighting chance. If not they could suffer a heavy defeat.

During the National League we saw Limerick play a game not consistent with the traditions of Limerick hurling. If they bring that style of game to Thurles next Sunday I give them little chance of winning. The sweeper system takes time and patience to master and from what we saw in the league Limerick are just not comfortable with it.

To beat Tipperary they will need to be very direct. They wont get a chance for a second touch. They must move the ball fast and the forwards must go at Tipperary. They will need to take the game to them. If Tipperary get a foothold on the game they will punish Limerick. They will find the weak spot and that could make life very difficult. Seamus Callanan was superb last year and his form for club and county has been good this year. He is the major threat. Who will mark him? Will Richie McCarthy play or will the rumours prove to be true? Will Dan Morrissey hold the square or will it be Richie English? Whichever is the case they will need to be very sharp in the air and on the ground.

Over the past few years Tipperary adopted a new style of play, their game was shorter and they were always trying to deliver the perfect pass. I noticed against Cork they played with a bit more abandon. In some respects a bit like Michael Ryan played himself. He was teak tough and enjoyed many a good day with Tipperary.

He has put more pressure on his players to win their own ball. It appeared to me that they are now enjoying their hurling. You can be sure he will have them right, they will be honest, they will hunt for every ball and that will make them very hard to beat.

From a Limerick point of view I think most supporters are not sure what to expect. There is a lack of confidence around the county and I am surprised by the number of people who tell me they are not going to the game.

That might change as the weekend approaches and I hope it does. Limerick will need a lift in Thurles and the best way of doing that is hearing the roar of the crowd. A small spark could turn into a flame if Limerick have their homework done and let’s hope that is the case in Thurles next Sunday.