Murray the sole Munster player to start against Springboks 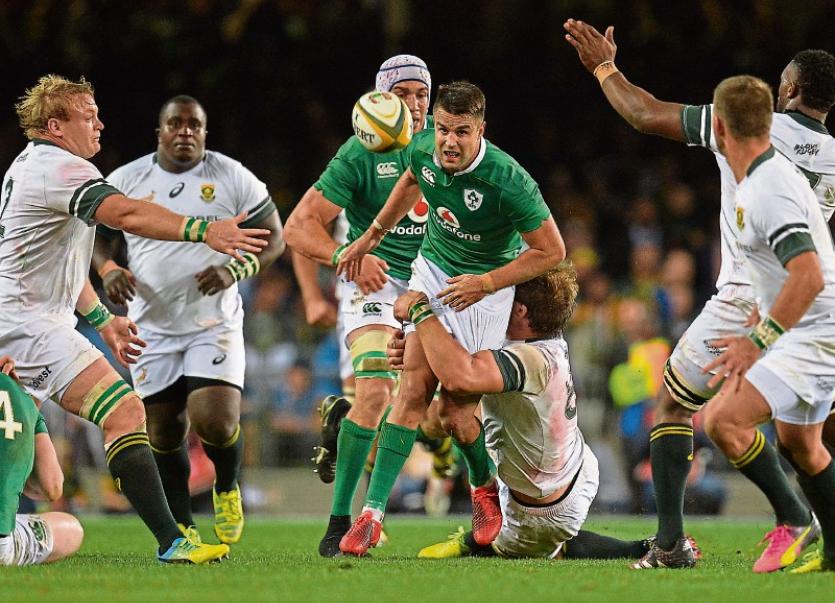 Just three Munster players have been named in the 23-strong matchday squad with Garryowen clubman Murray joined by Dave Kilcoyne, of UL-Bohs, and Donnacha Ryan, of Shannon, who are listed among the replacements, for the game in Johannesburg.

Munster winger Keith Earls, who impressed in last weekend’s historic first Test win in Cape Town, is omitted from the matchday squad by head coach Joe Schmidt. His place on the wing is taken by Craig Gilroy, of Ulster.

In all, Schmidt makes five changes in personnel for the Test match at altitude. Connacht’s Quinn Roux will win his first cap in the second row.

Hooker Rory Best captains the side for the 11th time and is joined in the front row by Jack McGrath and Tadhg Furlong, who comes in for his first international start at tighthead, while Devin Toner is partnered in the second row by debutant Roux.

Iain Henderson switches to the blindside flank, taking over from the suspended CJ Stander, and Rhys Ruddock comes in at openside for his first start since November 2014, with vice-captain Jamie Heaslip at number 8.

Conor Murray and Paddy Jackson are retained at half-back, while Robbie Henshaw is joined in the centre by Ulster's Stuart Olding, who is set for his first start since his debut against the USA three years ago. Henshaw also made his international bow that night in Houston.

Craig Gilroy is introduced on the left wing for his eighth cap, making it an all-Ulster back-three alongside Andrew Trimble and full-back Jared Payne.