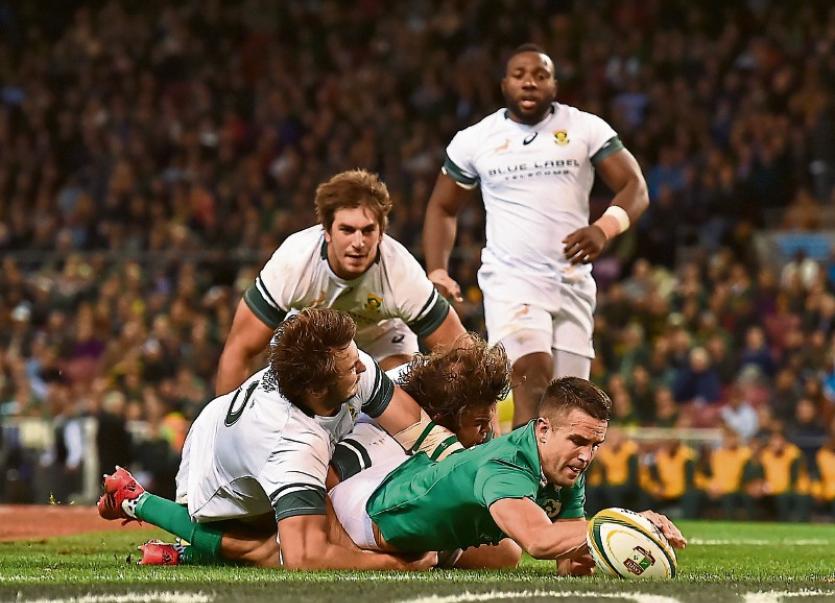 Murray’s Munster team mate Keith Earls turned in an eye-catching display on the wing, posing a constant threat with ball in hand and proving to be defensively solid all through.

Ireland’s hopes were dealt a major blow as early as the 22nd minute when flanker CJ Stander, playing against his native South Africa for the first time, was red-carded for a first-half challenge on Springbok outhalf Pat Lambie.

Jared Payne's try helped Ireland lead 7-0 and they were 10-3 ahead when Stander was dismissed.

This was Ireland’s eighth Test meeting with the Springboks in South Africa.

Ireland have now won six of their 23 meetings with South Africa in international rugby, while one game finished in a draw.