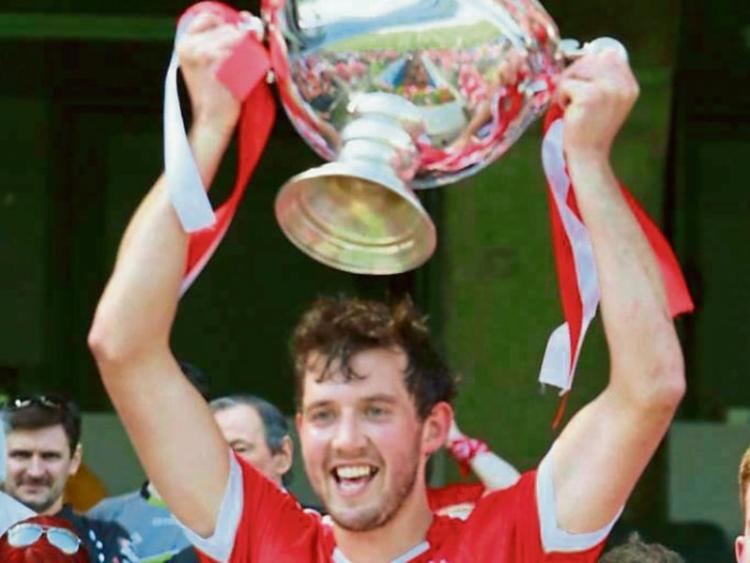 DOON’S Rodger Maher swapped the red and white of Doon for the those of Louth last Saturday and tasted All Ireland glory in Croke Park.

Maher, a Drogheda based secondary school teacher, was centre back on the Louth hurling team that won a dramatic Lory Meagher Cup title.

They were 4-15 to 4-11 winners over Sligo, who had Croom’s Cormac Behan in their line-up. Maher and his Louth team-mates came from 12-points down to clinch the All Ireland tier four title.

“Any day that you win a title in Croke Park is a great day,” beamed Maher.

“I’m teaching up here since 2012 and living in Drogheda. Two years ago a Doon man Tom Keogh put me in touch with the Louth management but I was injured and joined up with them last year for the league and championship,” explained Maher this Wednesday.

“I love it – it might be a different county but it’s been great for me to get a network of people in Louth and to get a sense of community. They welcome me with open arms. Paddy Lynch has Limerick connections and knew all about Doon when I arrived,” recalled Maher.

In Croke Park last Saturday, Maher was cheered on by his parents Mairead and Niall and sister Cathy.

”It was great to walk up the Hogan Stand and lift a cup,” he recalled of the final which was live on TG4.

“The commitment is the same as any county. We train three times a week and the strength and conditioning work and recovery is the same as anywhere else but the profile isn’t really there. I remember games we would have played with one or two people there,” outlined the centre back.

There is little rest for the newly crowned champions. This Saturday they play Fermanagh in a relegation/promotion play-off. Only victory will mean promotion to the Nicky Rackard Cup in 2017.

”When you win any All Ireland you have to celebrate but we would have had one eye on the game the weekend because it would be all for nothing if we aren’t promoted. We were back training on Tuesday night because the turnaround is so quick.”

After this weekend attention switches to Doon.

“I haven’t been involved yet but will be back for the Summer and play a bit of junior hurling was the senior championship is on a break.”