Ivan Morris: Playing slowly has become a bad habit for too many 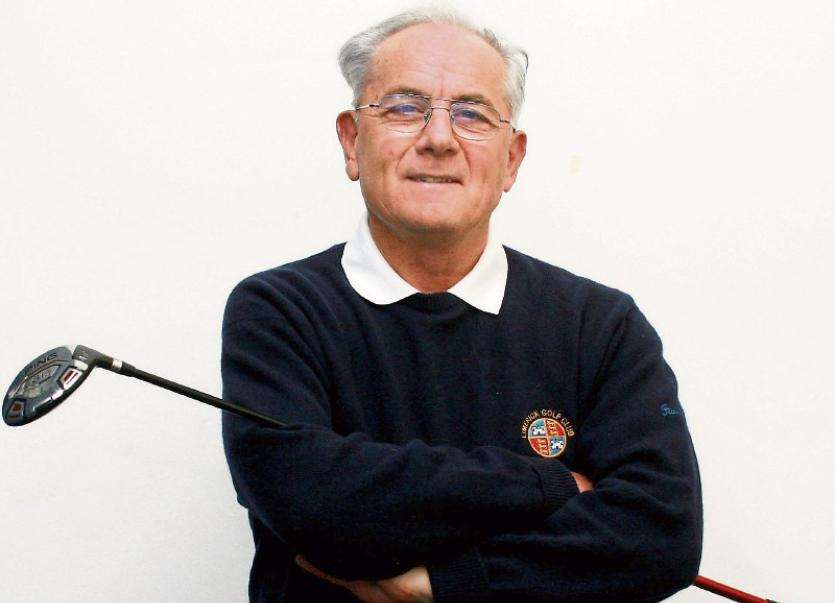 Rory McIlroy gives the punters their money's worth. He teased us for four days with inexplicably bad putting during the Irish Open at The K Club and then pulled off two fairway metal shots as good as any - ever, ever, ever - to win by an almost unbelievable three shots considering what had been going on all afternoon.

Their coaches telling them about the importance of 'sticking to a rigid routine' and 'not playing until you are ready' is behind a lot of the nonsensical slow play that too many of the pros are going on with on Tour these days.

It's now so bad that I'm no longer interested in following them around a golf course. It is only slightly less frustrating to watch the action on TV because producers wisely edit out a lot of the mindless toing-and-froing that goes on.

The newly crowned Irish Open winner's routine is about as perfect as you can get. He makes up his mind quickly on what shot he wants to play next and with the minimum of fuss.

Minimum consultation with notebooks and maps or with his caddy and he just gets on with it.

It must be a sheer joy to caddy for Rory. He puts no strain or responsibility on his bagman. I have no doubt that JP makes a bigger contribution than is evident from the outside looking in; fair dues to both of them.

It is extraordinary that Rory scores so well while putting so badly - even when he is shooting low he consistently takes more shots on the green than the opposition.

I'm not convinced that he is an ounce better with his left hand 'low.'

At best, the jury is still out on that experiment. In Saturday's round when he went from one behind to three in front, he was noticeably off line with eight out of nine of his first putts.

Playing slowly has become a bad habit for too many aspiring pros. Gary Hurley and Paul Dunne are amongst the worst offenders.

It seems as it is now trained into them and the sad part is young golfers all over the world are following their bad example.

I was delighted for Hurley that he made the cut and was paired with Lee Westwood in the third round. It was a golden opportunity to learn and I am sure he did.

I understand they spoke about everything under the sun except golf but I can't believe that Westwood did not feel like giving his playing companion a kick to make him hurry up.

Whatever Westwood may have thought of Hurley's undoubted ability, I doubt if the Englishman was impressed with the glacial pace of play. Dunne is even worse.

Come on, boys, play a bit faster if you don't nobody will pay to watch you.

AS a keen observer of championship golf for over 50-years, it made a very pleasant change to watch the ladies in action at glorious Lahinch in the most glorious weather.

I was told that one needed big hands and big feet to be a good golfer but small hands, light frames, slow swings and the minimum of effort was shifting the golf ball a long, long way at Lahinch where the week's play began with a resounding bang.

An unprecedented haul of three holes-in-one during the Qualifying Rounds set tongues wagging.

The Killarney duo of Catriona Griffin and Claire Keating holed five iron shots on the eighth and sixteenth respectively while Ennis member, Shannon Hegarty, aced the fifth with a nine-iron. Home heroine, Sinead Sexton, with two fine rounds of 70 and 74 led the 32 qualifiers to claim the Leitrim Cup by three strokes.

Castletroy’s Chloe Ryan finished in second place but, disappointingly, fell at the first hurdle in the match play.

In an absorbing tussle, Olivia Mehaffey won the Irish title her golf has deserved for about three years now but she can consider herself lucky.

Two shots separated winner from loser. Louise Coffey hit a magnificent iron that toppled over the back of the 12th and Olivia hit a long iron to within 3-feet at the par-5, 15th. The rest of the match was 'only' sparring with nothing between them.

Mehaffey from Royal County Down had a more complete game and that is why she won.

Most thought that the 'real' final was played on the day before when Olivia overcame her Curtis Cup colleague, Maria Dunne from Skerries in the quarter-final but that is unfair to 26-years old, KPMG Taxation Consultant, Louise Coffey from Malone GC.

She came within one, priceless shot of creating an upset. Losing by that one hole could start you thinking: What might have happened if an ignorant lout in a passing car had not shouted at her during her backswing when pitching onto the 18th green from about 50-yards from the pin?

It appeared to disturb her normally slow and rhythmical swing. A barely discernible jerk sent the ball running 25-feet past.

With Olivia bunkered, who is to say what might have happened?

After watching the slow rhythmical swings of the ladies for three days I became hypnotized and had my best game of golf for 20-years on Tuesday. Men should watch women's golf more - borrowing some of slow rhythm would be good for them.