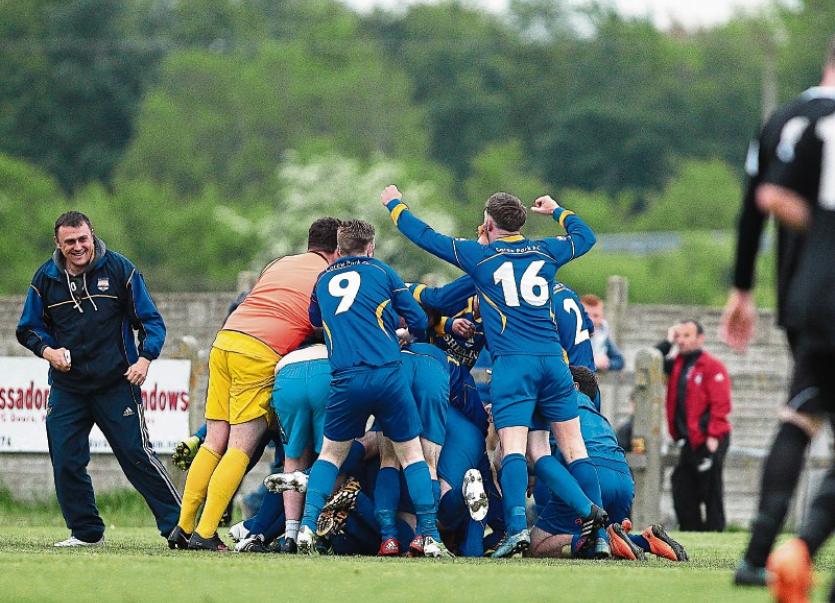 The destination of the Limerick District League Premier Division title will be decided on the final day of the season after Thursday night’s action saw leaders Carew Park draw – and second-placed Pike Rovers win to close the gap to a single point.

Carew Park looked to be in serious danger of losing their grip on the title when they trailed 1-0 at home to champions and third-placed Janesboro as the game entered injury time. John Tierney had put the visitors ahead with 20 minutes remaining and, had it stayed that way, Carew would have dropped to second in the table.

But Mark Slattery had the final say when his wonder strike from the edge of the box found the back of the net. It means that if Carew can win away to Geraldines next Thursday then they will be crowned champions.

Pike Rovers remain in the hunt, however, following their 2-1 win over Fairview Rangers. Colin Daly put them 1-0 up but that was cancelled out by Colin Scanlon only for a Cian Collins penalty to eventually give Pike all three points. 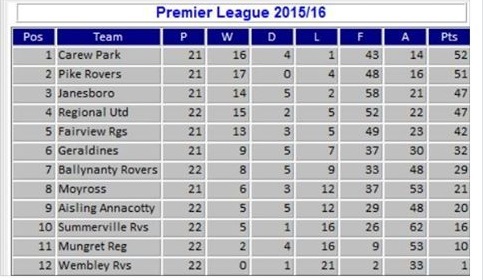 As it stands Carew Park are on 52 points and play Geraldines next Thursday. Pike are on 51 and play Moyross. A win will guarantee the title for Carew but should they drop points then Pike can sneak in. All games take place next Thursday, June 2, at 6.30pm.

Meanwhile, Janesboro and Pike Rovers meet in the Lawson Cup semi-final this Sunday in the Pike Grounds at 10.30. A final date against Ballynanty Rovers in Jackman Park awaits the following Sunday, June 5.