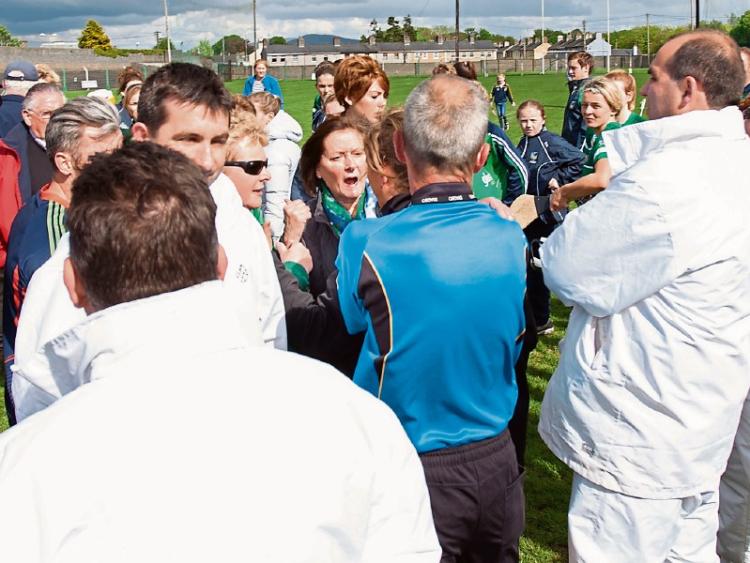 LIMERICK camogie officials are likely to raise grievances with the Munster Council, but there is to be no objection to the result of last Saturday’s Munster senior camogie final.

Limerick camogie manager John Tuohy has hit out at the performance and timing keeping of referee Martin O’Shea after two points from Cork deep into injury time snatched a 0-12 to 0-10 win in Kilmallock.

Tuohy believes that the referee played a 35-minute second half, instead of official 30 for camogie.

“It seems very unfair. It’s very hard to explain to a group of players after training so hard to be treated so badly like that,” he said after the final whistle in Kilmallock, where Limerick were chasing a first ever Munster senior championship title.

“I respect referees but it seems the bigger counties seem to get the rub of the green all the time and we don’t,” he sighed.

This Wednesday, Tuohy remained disappointed by the outcome.

”The referee should have put his hand up and accepted that he made a mistake and played 35-minutes instead of 30 in the second half.”

In the course of the contest the referee spoke to Tuohy after he questioned a number of decisions.

”Overall the level of proficiency was poor and it would raise questions about the appointment of the referee to a Munster final,” said Tuohy.

Limerick now turn attentions to the All Ireland championship with games against Wexford, Waterford, Clare, Offaly and Cork in the group stages.

Limerick’s first game is away to Wexford on June 18 with the top three teams to reach the knockout stages.

”The aim is to reach the quarter final – we know we can do that but it is going to be tough. The girls realise we are just as good as All Ireland champions Cork but also there are areas to improve on regarding coaching and skills,” outlined the manager.

Limerick were back training this Tuesday night and the championship countdown begins this Saturday with a challenge game against Tipperary and further games against Galway and Kildare are scheduled.