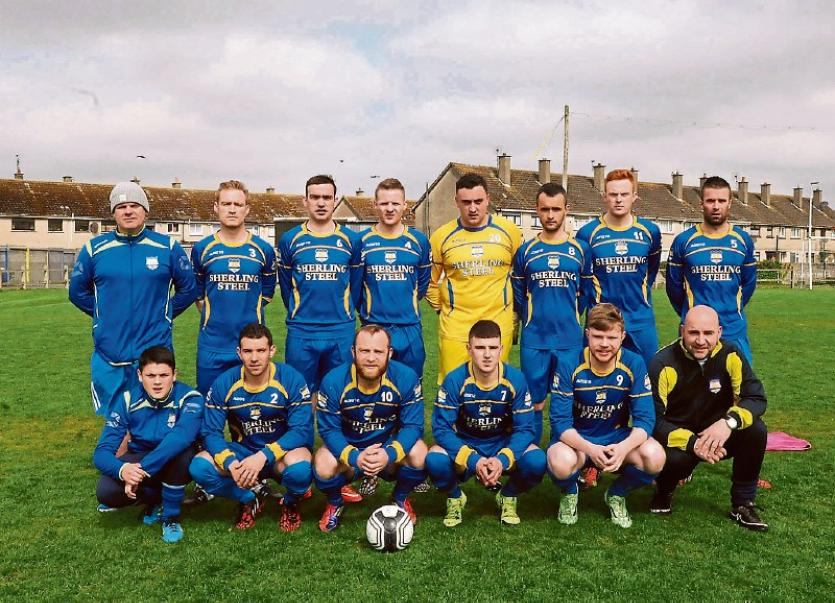 The Premier League is down to the penultimate round of games with Carew Park two wins away from claiming the coveted Fran Mullally Trophy for the second time in their history.

Pike Rovers need the leaders to slip up if they are to get back into contention and both sides face difficult assignments on Thursday evening.

Carew Park host current holder Janesboro in what is sure to be a cracking encounter. The sides have met twice over the last couple of weeks and both games left the longing for more at the final whistle.

In a vital League game in Janesboro, Carew Park struck with a last minute equaliser to take a vital point. The sides met again in the final of the Tuohy Cup where Carew outsmarted their rivals to record a 3-1 win.

Since then Janesboro have been impressive beating Pike Rvs and last weekend beat FAI Junior Cup champions Sheriff YC to reach the last 16 of the FAI Senior Cup.

An early exit from Munster and FAI Junior Cups has allowed Carew Park to sneak under the radar but they top the table on merit. They possess the meanest defence in the League and in Mark Slattery have one of the stand out players in the League this season.

In the middle of the park Barry Dillon and Adam Frahill continue to match the best in their unassuming manner. Jonathan Grant has not been among the goals as he would have been in previous seasons but his new role sees him pulling the string for his fellow front men and as he showed in the Tuohy Cup Final, he can spot a pass way ahead of most.

To top off a great week for ‘Boro, three of their players, Shane Clarke, John Boyle and John Tierney were capped for the Irish International side on Saturday with the former captaining the side and scoring twice for good measure.

The clash of Clarke and Slattery is a mouth-watering prospect and that is just one of the personal duels to whet the appetite.

It is a fixture not for the faint hearted and Thursday’s clash should be no different. Depending on results in the Pike v Fairview game, Carew could actually clinch the title with a victory so expect a huge crowd to attend.

Less high profile but just as important is the clash of old rivals Pike and Fairview in the Pike Club. All was so well for the Hoops prior to the FAI Junior Cup final but a narrow defeat to Sheriff was followed by a similar one goal loss to Janesboro in the League.

Last Saturday the Hoops suffered a morale sapping 8-0 defeat to St Patricks Athletic in the FAI Senior Cup to round off a miserable ten days.

Mike Shiels men will not need to be told it's all or nothing and will have fingers crossed that Janesboro can take the points in Carew Park.

The manager will have his hands full trying to lift the side but the Carew Park's required win is not a given, particularly with Janesboro's current form, so the side have plenty to play for.