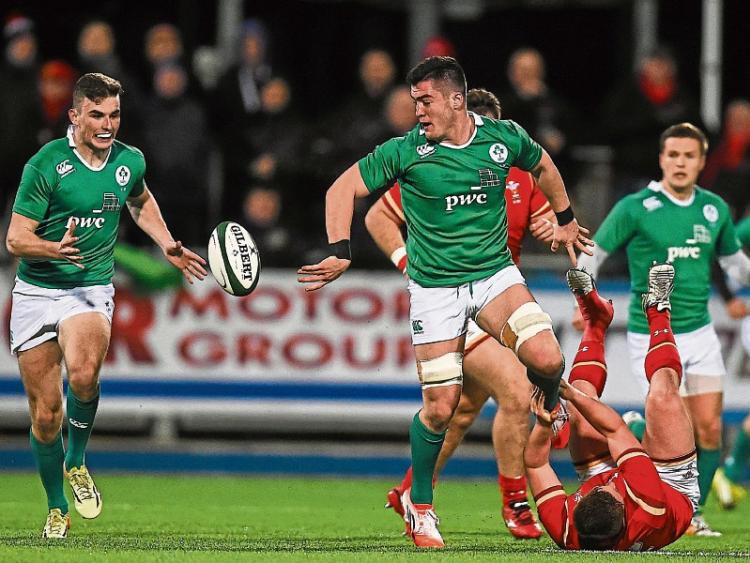 THREE Limerick-based players have been included in the Ireland U-20s squad for the upcoming Junior World Championship in England.

Shannon’s Kelvin Brown, Young Munster’s Ben Betts and Bill Johnston, of Garryowen, have all been included in the 28-man squad for the Championships in Manchester which take place from June 7-25.

Garryowen and Munster Academy out-half Johnston has been added to the side, having recovered from the shoulder injury that ruled him out of the Six Nations campaign.

Back-row forward Brown impressed for Ireland during the 6 Nations Championship, while Munsters’ prop Betts also made his Irish U-20s debut during that competition.

Another Young Munster front row forward, hooker Shane Fenton, was unfortunately ruled out of contention for selection due to injury.

They then face last year's U20 Championship winners New Zealand and their final Pool A game is against Georgia.

Speaking at the squad squad announcement in PwC's offices at One Spencer Dock, Carolan said: "We were happy with how the side progressed during the Six Nations Championship and we were pleased with how the players developed.

“I felt that we grew as a team over the course of the championship and that's something we're looking to bring to Manchester.

“We are certainly in one of the toughest pools. Wales are coming off the back of a Six Nations Grand Slam and New Zealand come into the competition as defending champions while the Georgians are always a very physical side so it is a big challenge for us.

“However, we have a very ambitious group of players that have prepared well so we are looking forward to giving it our best shot.”

*Denotes uncapped player at U20 level

Ireland's Pool A fixtures will be shown live on TG4. The tournament will also be shown on Sky Sports and streamed via World Rugby