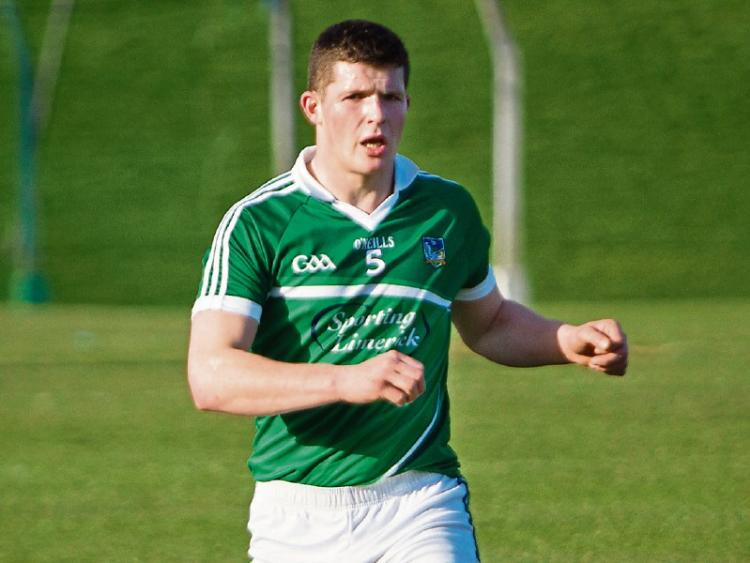 Iain Corbett sustained a leg injury in a Limerick SFC game with his club Newcastle West last month and while initial hopes were that the centre back would recover in time for the Gaelic Grounds encounter, he is now confirmed as a non-starter.

Indeed the 23 year old only had a brace removed from the leg on Friday and is now targeting the end of a June for a return.

His route back to full fitness would place him in a race against time to be fit for a potential provincial semi final against Kerry on June 11/12 in Killarney.

Corbett is likely to be the only absentee from the Limerick side, which Brudair names his team to play Clare on Friday evening.

Vice-captain Ian Ryan and defender Sean O’Dea are both receiving treatment for knockouts but should be available to start.

”Iain is the only one confirmed out – we have a few niggles but all should be ok,” detailed Limerick manager Brudair.

"Over the course of the year we have been relatively lucky enough with injuries so fingers crossed everyone else will make it for championship.”

”We have played all our challenge matches in recent weeks without Iain so at least we have been able to plan. He is after after having a great year with his club and he has been a great leader for us this year so far and led by example for all the younger lads,” said Brudair of the absent Corbett.

"Ian Ryan will deputise and do a great job."