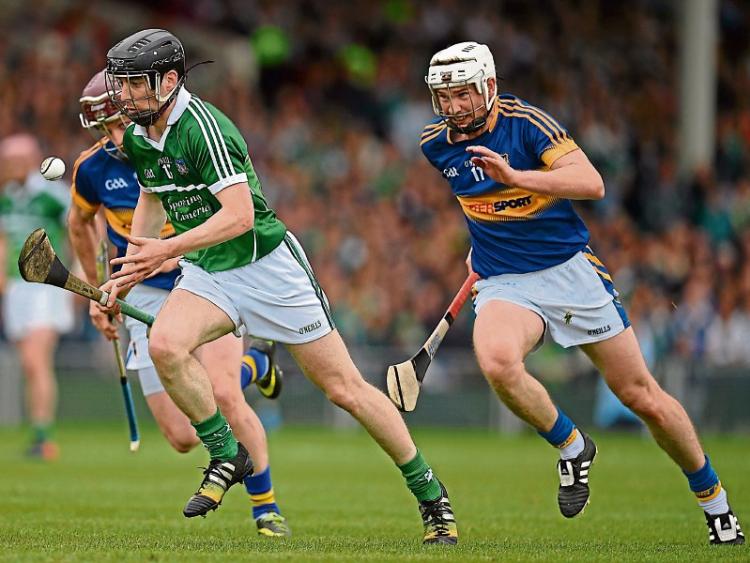 LIMERICK and Tipperary are set for a yet another Munster SHC clash.

The Premier County’s 0-22 to 0-13 win over Cork this Sunday confirmed a fifth meeting in a row for Limerick and Tipperary in the provincial championship.

The semi final tie will take place on Sunday, June 19, in Semple Stadium Thurles with a 4pm start. The game will be televised live on RTE television.

The Munster championship encounter will take place in the midst of the European Championships with Martin O’Neill’s Republic of Ireland playing Belgium the previous afternoon in Bordeaux.

Limerick and Tipperary will be battling for a July 10 Munster final spot against either Clare or Waterford, who meet in their semi final on June 5.

The bookies reacted to Sunday’s emphatic win for Tipperary over Cork but installing Michael Ryan’s side as the 6/5 favourites for the Munster title. Limerick are seen as outsiders at 5/1, with Clare and Waterford both 3/1.

While Limerick beat Tipperary in 2013 and ‘14, Tipperary exacted revenge last Summer with a 4/23 to 1-16 win in the Gaelic Grounds.

Limerick continued preparations for the June 19 semi final with a challenge game against Waterford last Thursday evening. While TJ Ryan’s panel report no injury worries at present there is a full round of club hurling championship games next weekend.