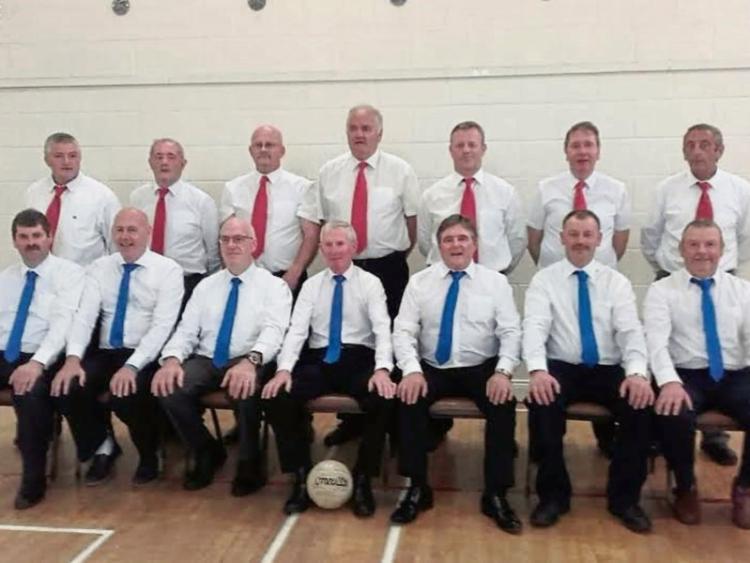 To this day the 14 Limerick men still hold the record for the ‘Endurance Gaelic Football Marathon’.

The unique under-taking was to collect money for Kilcornan GAA and Kilcornan Community Council and the fund-raising efforts returned £10,600.

“We had no special training done and there was definitely no proper diet like inter-county players have now,” recalled Johnny Dunne.

“All Ireland final referee Pat Lane, of Foynes, was the official adjudicator and we had a rota of refereeing and their job was to ensure the ball was kept moving at all times, because that was the main rule set down by the Guinness Book of Records,” he recalled of the game they watched last weekend on DVD.

“The whole idea came from Terence Madigan and along with John Nash they got it up and running. There was a carnival-like atmosphere around the field for the whole weekend with huge crowds. I can remember Fortycoats was the big attraction for children on the Sunday.”

“I remember we both scored 675 points but Morename did score something like 30 goals more,” recalled Dunne.