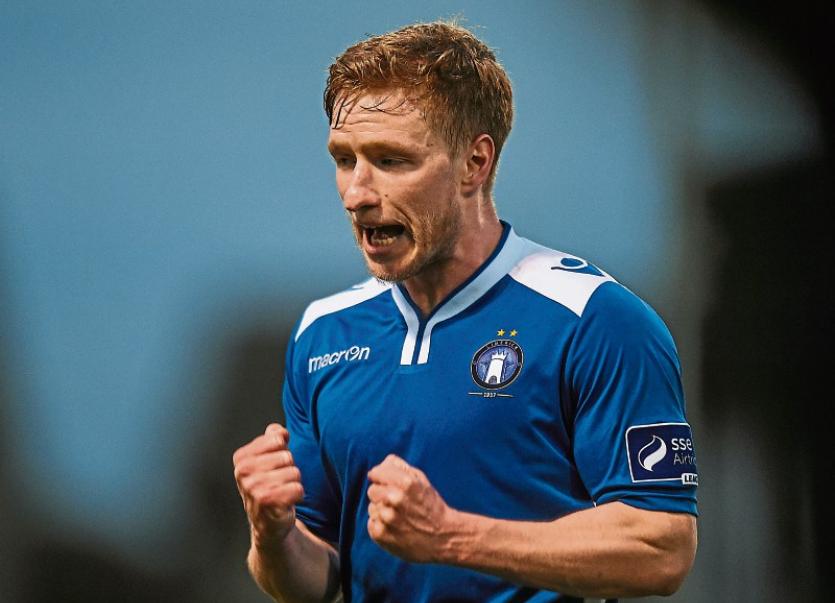 RUNAWAY leaders Limerick FC cemented their place at the top of the SSE Airtricity League First Division thanks to an impressive 3-0 victory over Athlone Town at the Markets Field on Fright night.

Recent Limerick Sports Star of the month award winner John O’Flynn fired a second half double, while Paul O’Conor was also on the mark as the Blues made it 11 successive league wins before an official attendance of 1,133.

After a scoreless first half, Paul O’Conor puts the Blues on their way to another three points when he powered  home a header at the back post on 57 minutes.

Substitute John O’Flynn bagged the first of his brace on 68 minutes when he fired home his 12th  goal of the season.

And O’Flynn made it lucky 13 for the season in all competition 10 minutes later when he completed his brace after scoring from a Shane Tracy cross.

Next up for Martin Russell’s high-flying side is an FAI Cup clash with Bluebell Utd has been reversed to the Markets Field and fixed for Saturday 21 May at 2pm.