Stack achieves one of her camogie goals 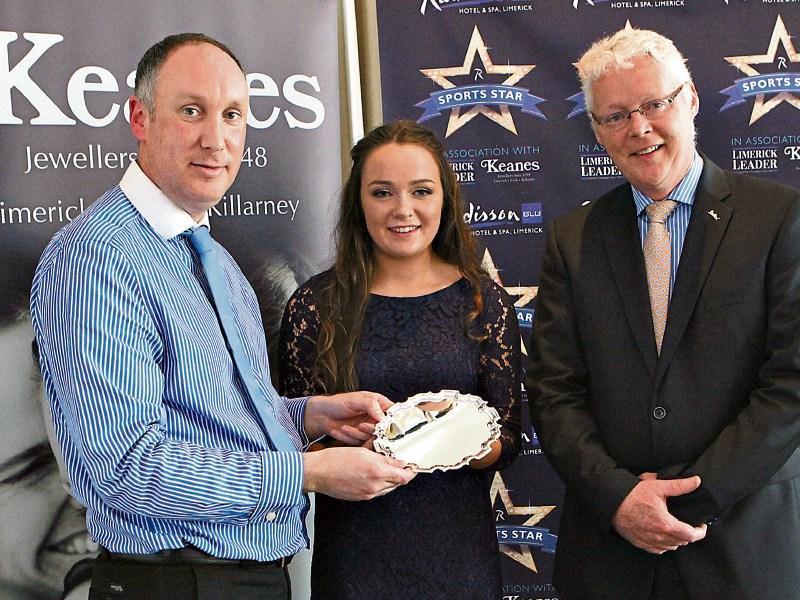 IN 2013 when Milford camogie side won their first All Ireland senior club title in Croke Park Laura Stack was among the underage club members to take part in a half time exhibition game.

Fast forward to March 6, 2016, and the Dromcollogher native was in the starting team at just 16 years of age.

Not only that but the Hazelwood College fifth year student was on hand in the 51st minute to score a crucial goal in the 2-8 to 1-3 final win over Galway’s Killimor. This Monday Stack, who turned 17 just 10 days after the camogie final, received the Young Limerick Sports Star for March.

“It’s been a dream come true and it all happened so quickly because I only started to play senior this year,” recalled Laura, a daughter of John and Esther.

“To go all the way to Croke Park and win the All Ireland final was a dream come true,” she smiled.

Stack has made the short trip across the Cork border to play camogie since she was nine. Her ladies football is played with Dromcollogher-Broadford. Milford were All Ireland champions in 2013 and 2014 but beaten in the 2015 final. Ahead of the start of the 2016 season new manager/coach John Brudair bought in a number of fresh faces to line-up alongside household names like Anna Geary and Aisling Thompson.

“It was a bit daunting at the start because they had been so successful and with all the big names but I was brought in to training and they didn’t go too easy on me,” joked Laura.

”It was amazing. At the start of the year it was always the ultimate goal to get to Croke Park but you don’t want to get a step ahead of yourself so you go one match at a time but in the back of my head I always wanted to play in Croke Park.”

She added: “If Limerick were playing I would have been there but to be out on the turf was totally different. The stadium was practically empty and when the game was on you don’t take much notice but after the match I took a moment to look around and it was 'wow'”.

Her goal in the final all but sealed the win.

“It was a good personal achievement to get the goal and for it to seal the win for the team was special as well.”

Weeks after that club win, Stack was in the green of Limerick in the All Ireland minor championship – both in camogie and ladies football.

“I am with the Limerick junior panel at the moment and obviously I would love to play senior with Limerick.”