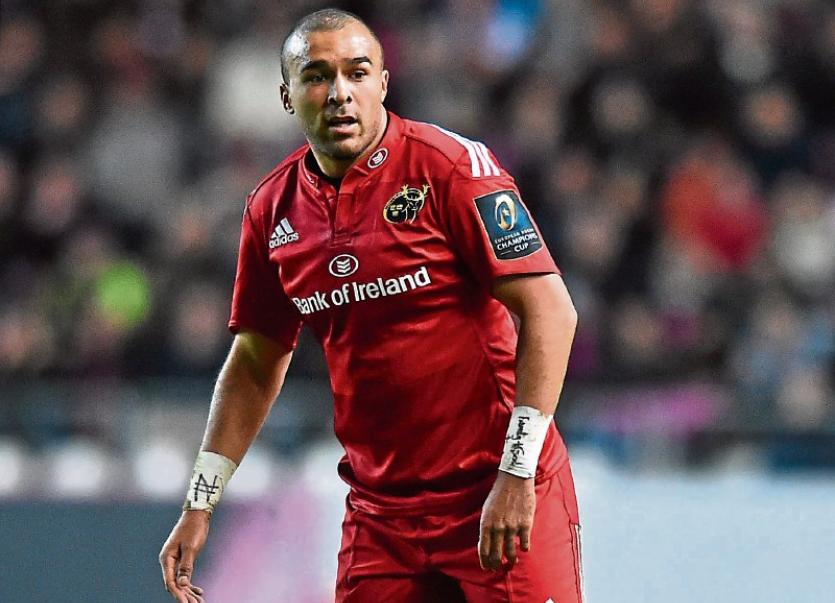 Simon Zebo would appear to be a major doubt for Ireland’s summer tour to South Africa after undergoing knee surgery this week.

Zebo underwent a keyhole procedure on his knee on Tuesday with the winger expected to follow his rehabilitation programme for a number of weeks. Munster will announce a return timeline once initial post-op healing is complete.

Zebo’s injury comes on the back of news ruling Tommy Bowe and Josh van der Flier out of the tour.

Munster have also announced that centre Francis Saili underwent a procedure on his shoulder on Wednesday and the New Zealander will commence his rehabilitation programme during the off-season.

Tommy O'Donnell and Niall Scannell, who both sustained concussion during Saturday's encounter at Thomond Park, are being monitored by the medical staff this week while winger Andrew Conway continues to be reviewed for a knee injury he sustained in the final game of the season.

Munster continue to train for the next couple of weeks, despite their season being over.