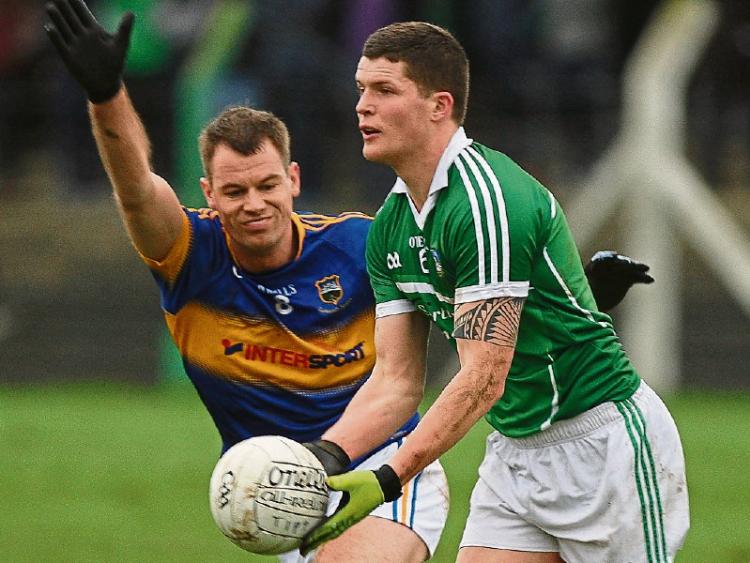 LIMERICK football captain Iain Corbett has emerged as a serious injury concern ahead of the Munster SFC tie with Clare at the end of the month.

The centre back is facing a number of weeks on the sidelines after sustaining a leg injury over the May Bank Holiday weekend.

While Corbett is awaiting scan results later this week to confirm the exact nature of his injury, he is now in a race to be fit for the May 28/29 provincial quarter final against high-flying Clare in the Gaelic Grounds.

The county captain was forced off injured after just eight minutes of Newcastle West’s Limerick SFC tie with Ballysteen on Friday evening.

Last November Corbett was announced as the new Limerick captain. If the defender is forced to miss the Munster SFC opener, Ian Ryan will lead the team into action. Ryan and Gearoid Hegarty were announced as vice-captains to Corbett, but towering midfielder Hegarty has since committed 100% to the county hurling panel for 2016.

After two successive weekends of Limerick club football championship action, John Brudair’s inter-county side commenced their Munster SFC countdown with a challenge game against Wexford over the weekend.

Tom Lee, Brian Scanlon and James Naughton have all received treatment for injuries in recent weeks but should be ready for action.

Limerick enter the championship after league relegation with seven games without a win.