Andrew Cunneen: May a big month for Limerick FC as cup season gets serious 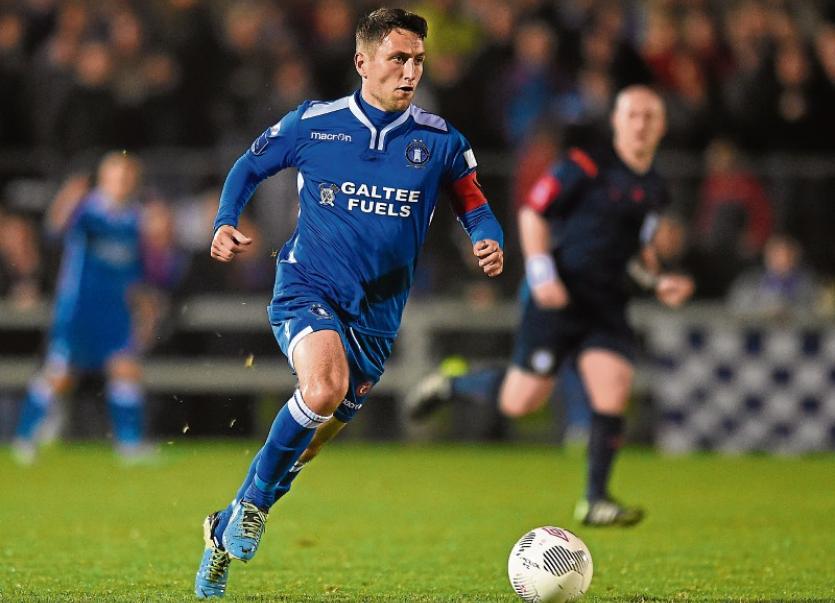 Limerick faced their toughest test on paper last Friday. They got through it despite playing poorly. It’s now easy street for a while – so the focus shifts to the cup ties – and the Blues are well positioned in both. While league games take a back seat, May is a huge month for Martin Russell’s men.

There was a bizarre sense of dissatisfaction coming away from Belfield last weekend. The echoes of a rage-filled Martin Russell lecture could be heard as we left the UCD campus. While he certainly had the right to do so, the fact remains – even with an atrocious performance, Limerick can win in the back yard of the second best team in the division. Winning games draws crowds – that’s not the argument I’m going to make. You will get the crowds regardless now because it’s a success story. The one thing a season may lack, however, is a bit of romance. Thankfully, we have the cups.

Let’s start with the FAI Cup draw. Bluebell United away is a fixture Limerick historians will claim could be a bit of an omen. The last time Limerick won the cup, in 1982, they also drew Bluebell. They won that game before eventually overcoming Bohemians in Dalymount Park thanks a Brendan Storan goal. A nice little marketing angle on top of an historical link? It’s almost too perfect.

This is the seventh year in a row the Blues have been drawn against a side either from Dublin or Bray. While Limerick were dumped out of the FAI Cup by Bohs, Rovers and indeed Bray Wanderers, they did progress against non-league opposition in the shape of Tolka Rovers (2010), Sacred Heart (2011) and Glenville (2013).

Should Limerick progress this time, there’s a number of First Division or non-league sides guaranteed to be in the next round. There’s a chance that a well-rested Limerick team could face a First Division rival or a team similar to the level of Bluebell in the third round. You then find yourself in a quarter-final.

While that scenario is little more than a wish at present, there is a quarter-final to be played at the Markets Field on Tuesday night when Galway come to town in the EA Sports Cup. Galway have this game sandwiched in between clashes with Longford Town and Dundalk. It appears likely they will rest players, while Russell has the luxury of leaving out some starters against Waterford if needs be.

Bray entertain St Pat’s in another quarter-final. Bray are without a manager at the moment, while the Saints are fielding a relatively young side in this competition as their battle to remain relevant in the title race is intensifying – even at this early stage.

Limerick will have no fear of the winner of Shelbourne and Shamrock Rovers. Despite Shels playing well in Garryowen, they still shipped five. Rovers sent out a young XI in the previous round as well.

Cork City and Derry is the tough quarter-final. You’d want to avoid either of these sides in the last four. Kenny Shields rested a couple of starters, but a trip to the Brandywell on top of their recent form makes facing the Candystripes a really tough task. Likewise with Cork, it’s not in John Caulfield’s mindset to field a second-string side in a Munster derby.

Should Limerick get past Galway and benefit from a kind draw, we could be looking at an EA Sports Cup final in the Markets Field.

Without getting carried away, in a season where everything is black and white and seemingly already taken care of, these cup ties bring a sense of wonder and excitement back into the summer schedule.