Munster set to unveil Erasmus as new Director of Rugby 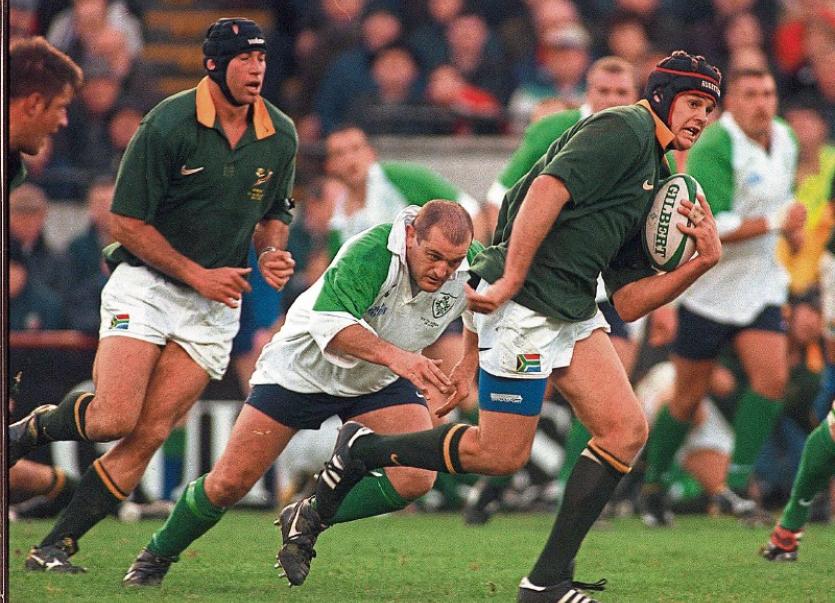 MUNSTER are expected to announce their new Director of Rugby, tipped to be South African Johan 'Rassie' Erasmus, later today.

Munster are set to hold a press briefing in Limerick today ahead of Friday night's crucial Guinness Pro12 clash with Edinburgh at Musgrave Park, at which Erasmus is expected to be revealed as the province’s first Director of Rugby.

Erasmus is leaving his post as South Africa Rugby's general manager of high performance this summer.

Munster's first Director of Rugby will have responsibility for the "professional rugby programme and elite player development pathway in the province" and will work alongside head coach Anthony Foley next season.

Munster are yet to make an announcement on the make-up of the province's backroom team for next season. Assistant coaches Brian Walsh and Ian Costello, as well as scrum coach Jerry Flannery and technical advisor Mick O'Driscoll are all out of contract at the end of this season.

Munster, currently sitting outside of the automatic qualification places for next season's Champions Cup, have just two games remaining to turn their season round.

Following Friday's game with Edinburgh in Cork which has a 7.35pm kick-off, Munster host Scarlets at Thomond Park on Saturday, May 7, 3pm.