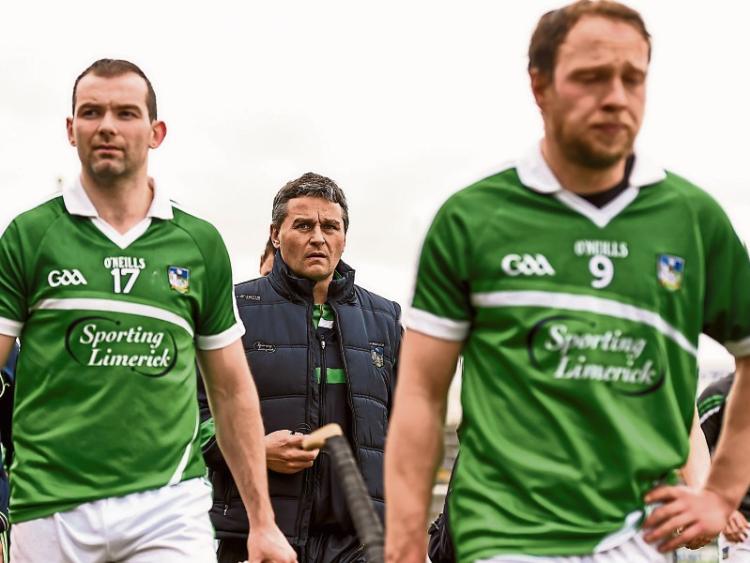 TJ Ryan was at a loss to explain his side’s second half collapse as Waterford powered to an 11-point win in Sunday’s Allianz Hurling League semi final.

"No - it’s difficult,” started the Limerick manager to the awaiting media.

"It’s very disappointing for our lads to take because I thought we had set up right and had plenty bodies back there and to concede three goals is bitterly disappointing."

Limerick led by a point at half time but were six points down within 11 minutes of the restart. But they did initially battle back to leave just a goal between the teams with 15 minutes to play.

Ryan accepted his side have produced a display, full of errors.

"On the ball they definitely made less errors than we did and they drove on. Even look at the goals - I thought we had plenty bodies around and it was defendable but we conceded. They turned over possession a few times in the second half and punished us hard," said Ryan.

"11 points and you would have to say that in the second half they were full value for it. We have to assess the whole thing. The last day was a good win against Dublin and today was another good opportunity for Limerick to get to a league final but we were well beaten in the second half. At half time, although there was a breeze for them in the second half, I thought we were hurling fine. Their system is difficult to play against but at the same time we knew it and we had studied it and I thought we were doing fine but once they got the goal it was always going to be very difficult," explained the manager.

Next up is a June 19 Munster SHC tie with Cork or Tipperary.

"There are loads of teams that have been beaten in a league semi final and do well in the championship and we have to  - we got to go back and work hard and have to improve on that performance because it wasn’t good enough."