Munster head into the West for crunch Connacht clash 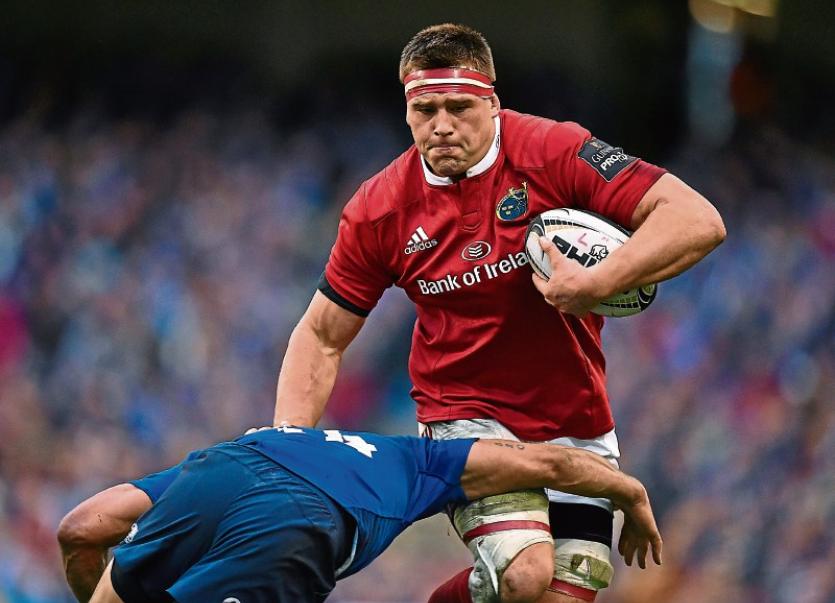 MUNSTER face three crucial Guinness Pro12 fixtures which will define their season beginning with Saturday night’s trip to the Sportsground to take on high-flying Connacht, 7.15pm.

Munster currently lie sixth in the Pro12 table, five points off the play-off places, the last of which is occupied by the Scarlets.

After this weekend’s trip to Galway, Munster host Edinburgh, just one point and one place behind them in the table, at Musgrave Park on Friday, April 29 at 7.35pm.

Munster complete their programme of regular season games against the Scarlets at Thomond Park on Saturday, May 7, 3pm.

Head coach Anthony Foley said: "It is a time of the year when you can shape your future. It is important that you don't leave that for others to decide. You grab it, go after it yourself.

"If that is me as a coach, other coaches, I see a lot of good information, a lot of good work ethic around the place, but ultimately you are reliant on the players and making sure the players go out in the freshest manner and put in a performance. I thought above in the Aviva against Leinster it was a game we left behind us.”

Connacht will be looking to complete a first ever home-and-away double over Munster in the Pro12 following their victory at Thomond Park in December. It was the Westerners first success at the Limerick venue in 29 years.

Munster captain Peter O’Mahony is set to miss the remainder of the season as he continues to recover from the serious knee injury he sustained at the World Cup in October.

Foley confirmed that Kiwi out-half Tyler Bleyendaal has had a setback in his recovery from a hugely frustrating quad injury.

The former Crusaders playmaker has started just three games for Munster this season, and the province ruled him out for 12 weeks in January in the hope that an extended period on the sidelines would allow the quad issue to heal.

Foley said: "Tyler had a minor setback on his return and we'll see where he's going.

”He's back up and running again, it's just a minor detail and hopefully we'll have him back in four weeks or so."

While Foley is set to remain on as head coach with the province next season, there is uncertainty over the make-up of the remainder of his backroom team.

Foley said the province’s assistant coaches, who are out of contract at the end of the season, have been ‘brilliant’.

“Ian Costello, Jerry Flannery, Mick O’Driscoll and Brian Walsh, they are all working very hard. They are all passionate about Munster and all want Munster to win.

”Nobody has dropped their heads. It is all about making sure that we get into Europe next year, that we get top four.

”Nothing matters more so than beating Connacht at the weekend and we have to get our heads around trying to do that.

“At one stage of the game in Thomond Park earlier in the season, I thought we had them beaten. They have a lot of very good players playing regularly and they're a hard team to beat.

”They seem to have a massive belief and confidence in the way they play. They are a tough outfit to get across at the moment."