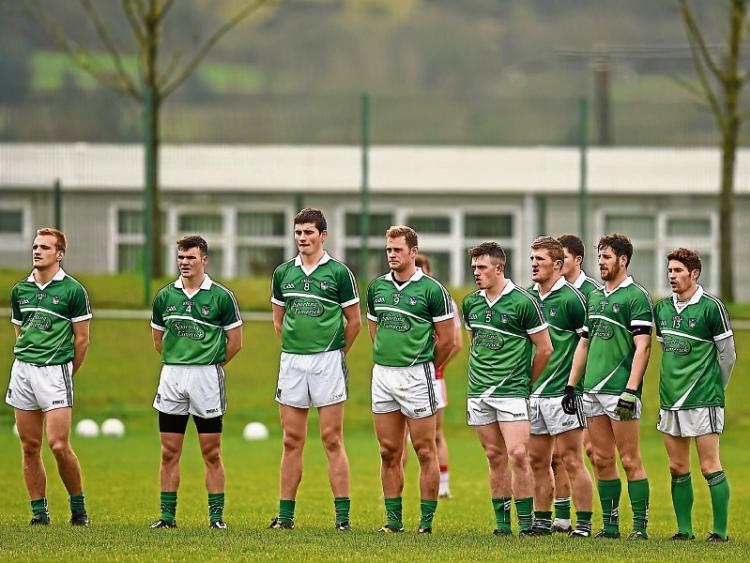 Limerick football has always travelled the lonely road. Hurling gets the crowds, the support and the money. There are clubs who are quite happy to see their hurlers play soccer if it keeps them away football.

The county’s other code has to fight for its share of the scraps left over.

And fight it did. Since the turn of the century, the county team has punched way above its weight. It mightn’t have collected much in the line of silverware but they gave as good as they got against all opposition. Even back in the bad old days, other sides used to hate playing Limerick. They mightn’t have flashed up front but they were bloody hard to break down.

What kept it going was a dressing-room spirit that, apart from two or three blips, never flagged over the past 35 years. There was a presence in the lineup browbeating colleagues to give their all. No matter how bad things got, there was always a Paddy Ivess, a John Keane, a Diarmuid Sheehy or a John Galvin leading by example. Their attitude ensured an unbroken tradition was handed on from one crop of players to the next.

That spirit died this spring. Limerick surrendered their Division 3 status without even a whimper of resistance. And it’s not that they were playing at a standard beyond their abilities. They should have won their first two games, showing that they were as good as any other team in the grade. Instead, they were tailed off ignominiously, relegated four points behind the next nearest team with a round still left to play. All the other sides gave it a lash when the pressure came on and most of them were looking at both promotion and relegation last Sunday.

But Limerick just rolled over and died.

You can even isolate it to the instant when the team put its hands up. Nineteen minutes into the second half of the second round game up in Longford, Tom Lee’s goal had just put Limerick five points up, Gearóid Hegarty won possession in midfield and powered past two challenges down the right sideline. But when he looked up for a target, there wasn’t a team-mate with 40 metres of him, he was forced into a Hail Mary and the Longford clearance ended with Mark Hughes pulling back a point.

At that moment, Limerick turned from winners to losers. Never again did they threaten to win during the five and a bit matches left in their league. Spectators were fed a non-stop diet of aimless hand-passing across the ‘45’ line until they handed over possession and were whacked on the break.

The lack of ambition was painful to watch, made worse by the fact that they kept repeating the same pointless tactic game after game. They threw shapes for a few minutes, then packed back into their own half despite being behind as most of the team walked away from the responsibility of taking it to the opposition.

The only times they got on the scoreboard was when opponents treated them with the ultimate disrespect of ceding possession once the result was already beyond doubt. A late rally against Kildare raised hopes that they might have arrested the slide but they failed to seal the deal and followed up with three powder-puff displays against Westmeath, Sligo and Offaly.

Meanwhile, the squad was imploding. Players were lost to hurling, to injury or to circumstances never explained as each advertised lineup was changed before the throw-in. An attempt at using the long pass to get past defences collapsed when every kick forward was mopped up by the Sligo defence. Frustrated forwards dropped back into already-packed back lines leaving no one to challenge opposing teams building from deep. Kickouts were misdirected, adding sustained pressure to the battered defence.

Limerick’s collapse was the most spectacular of the league, outdoing even Down’s plunge to the bottom of Division 1.

What makes it more depressing is that no one seems ready to do anything about it. All that could be heard in Newcastle West, Markievicz Park and the Gaelic Grounds were mantras about the plan being right but just needing a few tweaks in the execution, the enormous sacrifices being put in by the players or heaping the blame on others.

The supporters have already voted with their feet. Not the bandwagon that followed them to Munster finals but those who have loyally stood behind the team through thick and thin over the last three decades.

Barely a handful of the small attendance in Newcastle West were cheering the home side.

John Brudair achieved some success with a squad in transition over his first two seasons but it’s clear his management team are not getting a response in the dressing-room. Some of the players are putting in the commitment but, collectively, the squad is devoid of leadership, ambition and courage. If the graph continues on its course, Limerick won’t have a hope in the Munster championship in seven weeks time and a fair load of what remains in the squad will have disappeared for the summer before the qualifiers begin.

Where change is required is up to those responsible for running football in the county.

Is anyone willing to bite the bullet before Limerick football loses what remains of its competitive ethic and sinks back to the era when it slugged it out with Kilkenny to be the worst team in the country?