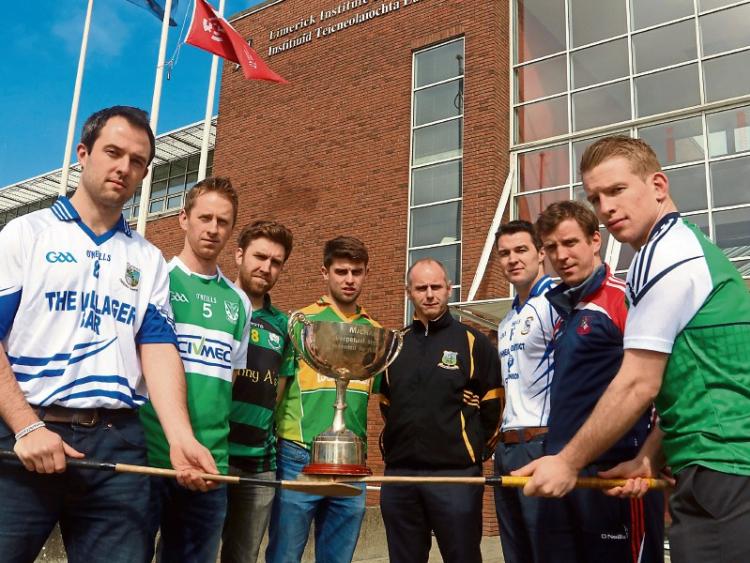 THE third year of the Limerick Premier IHC and it continues to go from strength to strength.

Just like last year the second tier of Limerick club hurling championship will be sponsored by LIT.

Action in the LIT Limerick Premier IHC commences this weekend and 28 round robin games later, the top four teams will progress to the semi finals and the bottom two relegated.

Just like the previous two years there is very little to divide any of the eight teams – made up of clubs from the four divisions – four from the south, two from the west and one each from the city and east. Garryspillane Blackrock are the ever present clubs in this championship, while Croom are the only side to have been promoted/relegated and then returned.

Elsehwere, Effin and Granagh-Ballingarry are recent senior teams, while the likes of Feohanagh-Castlemahon, Monaleen and Cappamore are climbing up the ladder. The minimum quest for all is to target four wins in the hope of reaching the knockout stages.

Effin and Croom are attempting immediate returns to the top flight.  Effin have former Patrickswell goalkeeper Damien Gillane as their new coach. The men in green and white are bolstered by the return to the club of John Mike Manning, while Timmy Rea and Enda Kelly are involved after missing some of last season. Conor Kearney could also return for the later stages of the championship.

Croom dont appear so fortunate and ahead of Saturday’s game with Monaleen have a long list of injuries including Stephen Lucey, Peter Lawlor and Tom Carmody.

Next in the betting are Monaleen and Garryspillane. Former Clare minor and U-21 supremo Jimmy Browne is still at the helm in Monaleen and will hope last year’s step upto this ranks will stand to his rising stars like Porter, Lyons, La Touche Cosgrave, Doyle, Golden, Nicholas and O’Dwyer.

The Bouncers continue to have Ryan brothers Davy and Donie as instrument figures at either end of the field. But the Knocklong based side will hope fresh talent like Micheal Bourke can add fresh impetus.

Then there are the two newcomers – Feohanagh and Cappamore.

For Feohanagh its a second successive promotion with a side laden with top underage talent like the Flanagan’s Fitzgibbon, Lynch and Butler. They now have former Kanturk manager Dan O’Donoghue as coach. Cappamore continue with the Liam Hammersley-Tony Power combination after their silverware winning 2015. But they make the step up with experienced trio Liam Cronin, Mark Treacy and Seamus Lane.

Blackrock have been the nearly team for the past two years but haven’t found top from in late Summer. Likewise Granagh-Ballingarry, who are facing into their second season at this level and have looked to Adare’s Aidan O’Rahilly as coach.

Last year: Beaten in the semi final by Knockainey

Last year: Beaten after a replay by Bruree in the semi final