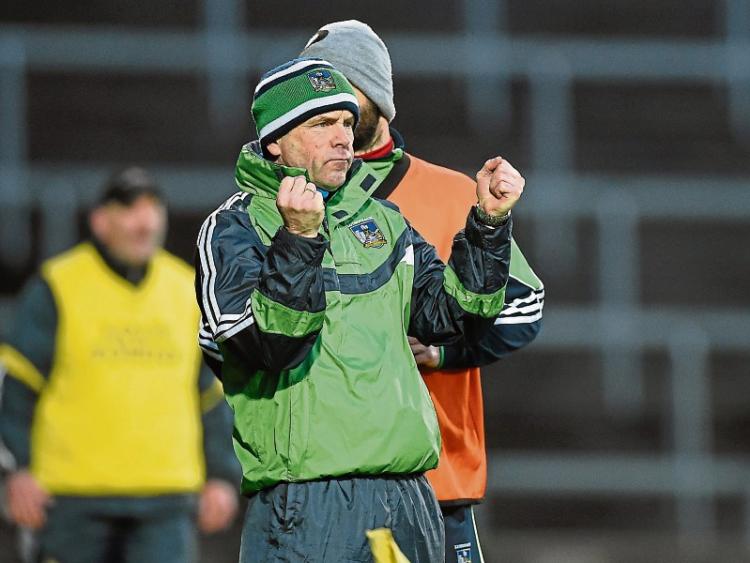 Limerick were the hot 3/10 favourites to reach the Munster semi final but found themselves a goal in arrears inside 60-seconds in the Gaelic Grounds on Wednesday night.

"To go down and get three points to equal it up against the wind was huge - probably the turning point of the game. You might say it was too early for that but it gave fellas belief - once we kept the scoreboard ticking over in the first half we had the elements in the second half to help us,” explained Pat Donnelly after the 2-11 to 1-8 first round Munster MHC win.

Two goals in the final 10-minutes saw Limerick prevail but Donnelly accepts there is room for improvement.

“We have plenty to work on. I would be the type of person that would have liked to see us doing better. I felt we were very nervous - ball was in hand and was dropped and those things you hope won’t happen the next day. It was the first round and for a lot of these lads it was a first time out in the Munster championship and that’s a big occasion,” he explained.

“The last five minutes of the first half I was disappointed with - we were two points up and playing against the wind and if we had closed that out I would have been very happy but we were a small bit nervy going in at half time because the lads dropped a bit. We brought on a few subs and they made a difference and on days like today they work, on other days they don’t work.”

The manager praised his players for their commitment in difficult conditions.

“Our philosophy from the outset was to work hard - we won’t have superstars in this team and I don’t mean to be derogatory to any of the lads. They are a team, from 1-32, you can switch them in and out and we would be happy. They are a work-man-like team.”