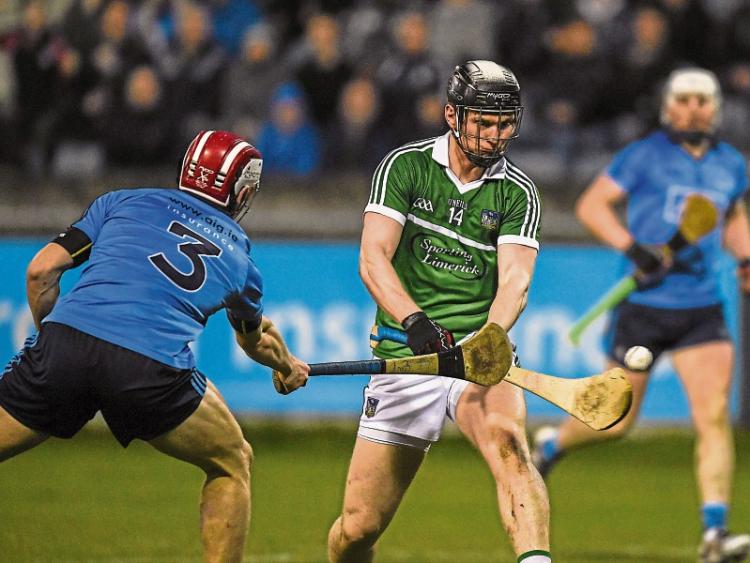 IT was third time lucky for the Limerick hurlers on Saturday evening when they gained victory in the quarter final of the Alllianz Hurling League.

On Saturday night, Limerick gained revenge on Dublin and finally made progress in the knockout stages of the league. A first quarter final win since the 2006 success over Waterford.

Many counties are now adopting the system but most will credit Waterford with the sweeper role, albeit it can be traced back much further. Current Limerick minor hurling coach Anthony Daly used the tactic in a 2004 All Ireland quarter final against Kilkenny.

Regardless it worked a treat for Limerick in the win over Dublin. Debutante Ronan Lynch was given the free role behind a half back line with Diarmaid Byrnes and Gavin O’Mahony as wing backs and Wayne McNamara and later Paudie O’Brien in the centre. Midfield was Paul Browne and James Ryan with a five-man forward unit.

The return of players from the All Ireland club champions strengths the panel no end.

Shane Dowling and Kevin Downes notched 1-3 from play while Dowling landed five placed balls. At the other end Lynch was key in the sweeper role. Another six Caherdavin men are now also options going forward.

With Declan Hannon, Cian Lynch, Tom Condon and Seamus Hickey all unavailable for the Dublin game competition for places will be fierce ahead of the league semi final and ultimately for the championship on June 19.

While there were positives aplenty from the quarter final win over Dublin, many will ponder why the performance arrive in Ennis to win promotion.

In 2017 Limerick face into a seventh successive season in tier two against relegated Galway, Wexford, Offaly, Kerry and either Laois or Westmeath.