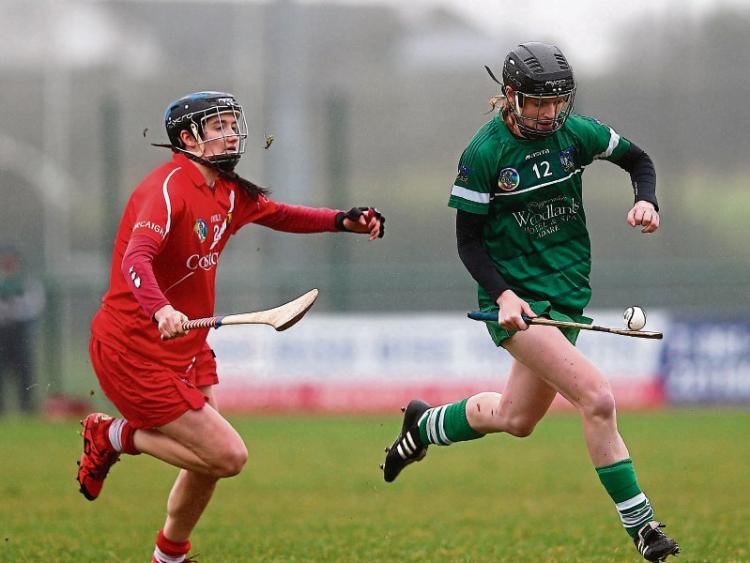 A goal from sub Niamh Ryan helped Limerick to a 1-11 to 0-7 win over Cork in Mallow on Saturday – to book their semi-final place in the National Camogie League Division 1.

In just their third season in the top tier, Limerick have advanced to the last four stage with this success over the reigning All-Ireland champions.

Limerick lost out in a three-team play-off in their initial Division 1 campaign, and given that they had to beat All-Ireland champions Cork in the play-off to decide who would take on Galway, they are clearly continuing their progress under the tutelage of new manager, John Tuohy.

While for some, this might be considered a surprise, it should be remembered that this was almost a replica of the scoreline when the teams clashed in Rathkeale last February, apart from Cork managing two more points.

The game had a real championship feel to it throughout, with very little space on offer at either end of the pitch as defences dominated.

A goal was always going to be crucial in such an environment and when it came to the team that always had their noses in front, it was to prove decisive.

Sinead McNamara was a constant thorn in the Cork defence and the unerring Niamh Mulcahy weighed in with eight points, two of which came from play.

Limerick led 0-6 to 0-4 at the break and stretched five clear when Ryan pounced for the game’s only goal and from there on there was only going to be one winner.

Limerick now play Galway in the semi-final with Kilkenny and Tipperary meeting in the other semi-final. Both games are fixed for Sunday, April 17.