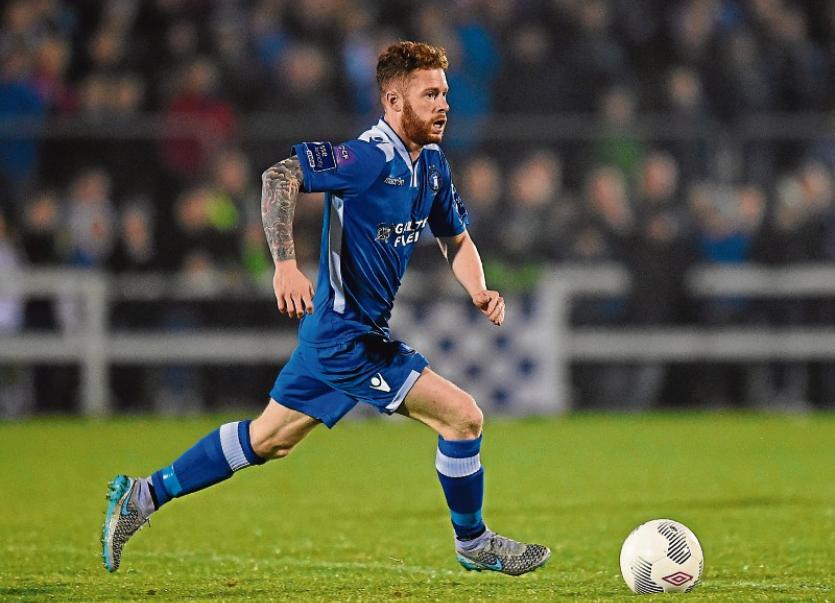 Andrew Cunneen - At The Markets Field

Limerick FC moved seven points clear at the top of the SSE Airtricity League First Division as they continued their run of goalscoring form by beating Shelbourne 5-1 on Saturday night in the Markets Field.

The Blues opened the scoring after 12 minutes. Paudie O’Connor’s lofted pass was picked out of the air by John O’Flynn. He made a decoy run to pull a defender – affording Stephen Kenny space to operate in. Kenny found the clever run of Coughlan before the former Regional United striker strolled past his man with ease – tucking the ball into the far corner.

Chances came thick and fast for Limerick after this point. John O’Flynn and Stephen Kenny both could have done better, but neither effort troubled Murray. Despite all their dominance, Limerick had only a one goal league to show for it.

The warning signs were there and Limerick failed to take notice. Just shy of the hour mark, Robbie Williams gave away possession cheaply inside his own half. Play was spread quickly to the advancing Gavin Boyne and Shane Duggan failed to make the interception. Boyne took a touch before unleashing a seemingly weak effort towards goal from the edge of the box. However, Freddy Hall misjudged the roll of the ball and Boyne’s shot on goal trickled over him before bouncing into the net.

This was the wake-up call that Limerick needed, and they responded both quickly and emphatically. Stephen Kenny’s in-swinging corner from the right-hand side caused all sorts of trouble for the Dublin outfit and Robbie Williams’ header appeared to have crossed the line. While Limerick protested, the linesman on the near side indicated a goal – and the lead was regained.

As is the case with most teams that come to the Markets Field, Shels looked exhausted in the last 15 minutes and despite sticking it to the Blues, their efforts would come to nothing.

In the 79th minute, Aaron Greene picked up the ball in midfield after some sloppy possession from the visitors. He took a touch before feeding John O’Flynn with a perfectly placed through ball. O’Flynn only needed one touch – beating Murray at his near post from all of sixteen yards to seal the win.

Three minutes later, it was four. Shels were flat and Limerick picked them off at ease. A clever one-two between John O’Flynn and Shane Duggan sent the latter one-on-one with Greg Murray. The Shels stopper did make contact, but not enough to prevent the Blues captain from running up the score.

Ross Mann was adjudged to have been hauled down inside the box in injury time. Although the award looked soft, Shels didn’t protest. Shane Tracy stepped up confidently and converted the spot kick with ease to notch his second, and Limerick’s 25th league goal this season.