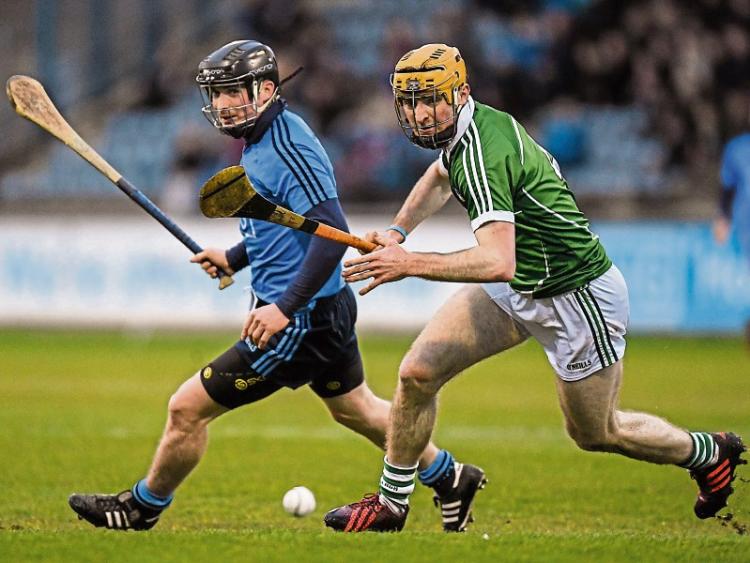 SUPERB Limerick have advanced into the semi finals of the Allianz Hurling League after a 1-21 to 1-19 win over Dublin this Saturday evening.

The win books TJ Ryan’s side an April 17 semi final against Waterford or Wexford in what will be a first league semi final since 2006.

The win ended Dublin’s five year unbeaten run in Parnell Park and saw Limerick bounce back from the heartbreak of the latest promotion failure from the second tier.

Limerick took the field with a total of seven changes from the side that lost two weeks ago to Clare in the promotion deciding contest in Ennis. Two were late changes with Seanie O’Brien and Tom Morrissey in for Seamus Hickey and Cian Lynch.

Also changed was the Limerick system with debut boy Ronan Lynch playing as a sweeper with Gavin O’Mahony and Diarmaid Byrnes as wing backs and Wayne McNamara at centre back. In midfield were Paul Browne and James Ryan with a half forward line of Shane Dowling, Barry Nash and Tom Morrissey, The two-man full forward line was Kevin Downes and Graeme Mulcahy.

Limerick were 0-13 to 0-9 up at half time after a 35-minutes that saw the men in green shoot eight wides, compared to four for the home side. This tally was revered in the second half with both finishing with 12 wides.

With an extra man in both defences, it was TJ Ryan’s men that made the better use of possession with Dublin relying on frees from David Treacy

On 10-minutes Limerick were 0-3 to 0-1 ahead with two frees from Shane Dowling and a Paul Browne point settling the men in green.

Diarmaid Byrnes had the first of his three scores on 12-minutes but soon the teams were level at 0-4 each.

Then came a run of scores from Limerick with Dowling, Kevin Downes and Gavin O’Mahony pointing to open a lead at the mid-point of the half.

Barry Nash and Tom Morrissey added their names to the scoresheet and it was 0-9 to 0-6 with 10-minutes to the interval break.

Dublin did eat into the lead with the final scores of the half went to Limerick with frees from Dowling and Ronan Lynch.

The second half was a less open affair but goalkeeper Nickie Quaid played a captains role with a penalty save mid-way through the half from David Treacy.

Quaid had also saved brilliantly in the opening half, when denying Eamon Dillon in the seventh minute.

The key goal came in the 20th minute of the second half from Kevin Downes, who crashed to the net after James Ryan intercepted an attempted Dublin clearance.

Subs John Fitzgibbon and Paudie O’Brien were on the mark in the final quarter.

In the third minute of injury time came the Dublin goal from Treacy.