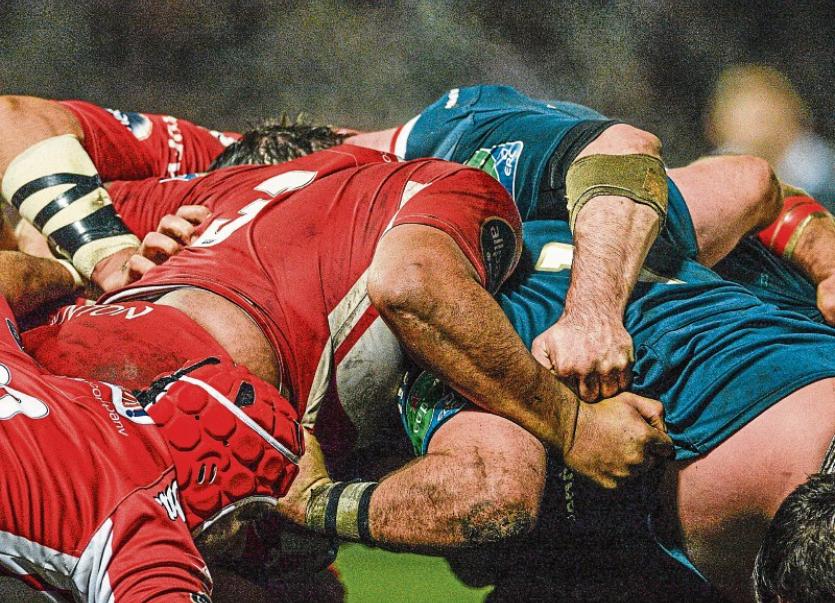 UL-BOHEMIAN’S bid for safety in Division 1B of the Ulster Bank League will come down to the final series of games despite the Annacotty side’s 34-0 bonus point victory over relegated Belfast Harlequins at Annacotty on Saturday.

Eighth-placed UL-Bohs moved out of the drop zone, but only by virtue of their superior points difference over Blackrock College, as a result of this facile home win.

Gearoid Prendergast’s UL-Bohs side and Blackrock are level on 32 points, with Dolphin and Shannon on 34. The side finishing second-from-bottom in 1B will be involved in a relegation play-off to decide their fate. Bottom side Belfast Harlequins have already been relegated from 1B.

UL-Bohs are away to Old Wesley at Donnybrook on the last day of the regular season.

Sixth-placed Shannon have not secured their 1B status for next season after suffering a 21-19 defeat to Blackrock College at Stradbrook. The Limerick side scored two tries through Greg O’Shea, with Tadhg Bennett kicking two penalties and Ronan McKenna adding one.

Shannon host Buccaneers in their final 1B fixture on April 16.

In Division 2A, already relegated Thomond suffered a heavy 31-5 loss away to Cashel. Thomond, who finished bottom of the table, managed just three league wins all season.

Meanwhile, in 2C, champions Old Crescent, who had already secured their promotion to 2B for next term, signed off for the season with an exciting 34-29 bonus point win over Tullamore at Rosbrien.

The home side scored five tries from Brendan Guilfoyle and Barry Neville, two each and Padraic Quinn. It is 20 years since Old Crescent won the Division 2 AIL title.

Meanwhile. third-placed Bruff were pipped for a home semi-final spot in the promotion play-offs by Tullamore on points difference despite scoring an exciting 34-25 home victory over Dundalk.

Tony Trehy’s side managed six tries, with Mark Cosgrave touching down twice and David and Jack O’Grady and Sean Darcy also dotting down.