Shels next as Limerick look to keep up the pace 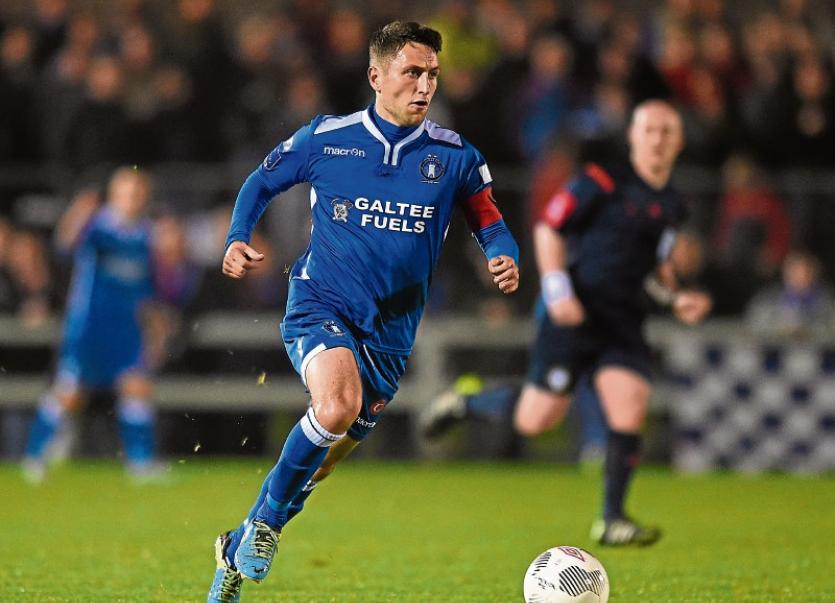 LIMERICK FC will be looking to maintain their impressive start to the SSE Airtricity League First Division season on Saturday when they welcome Shelbourne to the Markets Field.

Limerick have won all four games to date to open up a six-point lead at the top of the table. And to highlight their dominance thus far, they have racked up 20 goals in those four games and conceded just four.

It all points to a Limerick side bang in form and one that will romp to the title and automatic promotion if they can keep it up. Shelbourne will come into this game on the back of a 3-0 home win over Drogheda last weekend, a win they'll be hoping can kick-start their season following a draw with Cabinteely and a home loss to Cobh Ramblers in their opening two games.

They also hit Cabinteely for five goals in the EA Sports Cup so Limerick boss Martin Russell is wary of a side that will come to the Markets Field with a pep in their step.

“They also won 5-0 recently too. They're after finding goals and they're going to come with confidence on the back of that.

“We're always looking forward to playing in the Markets Field and we want the crowd to come out and get behind the boys and hopefully we can stay on top of the table. There's lots of points to play for - we'll go out and try and win it and play good football. Attack each game in the right manner.”

Russell added that he was thrilled to see five different players getting their name on the score sheet on Friday - and for his side to keep their first clean sheet of the season.

“It's good to see goals coming from different individuals and set plays and open play. So that's what we've shown up to date and we have to keep that going.

“Kept a clean sheet, that's a positive tonight. Difficult pitch and the wind and the rain was tough but a clean sheet is a good thing to have.”