Quarter-final places up for grabs in Desmond Cup 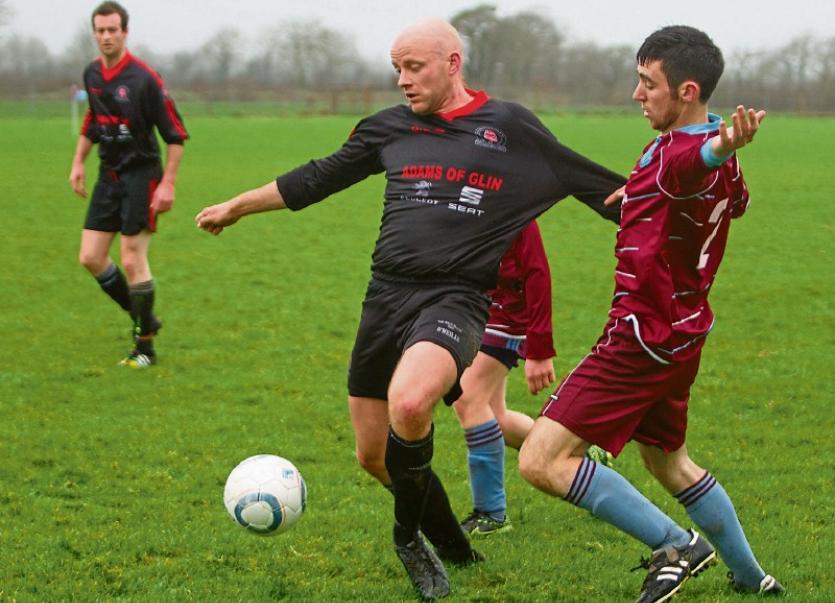 The three remaining Desmond Cup third round games take place on Sunday, each of them involving a Premier Division side.

If there is a good time for a struggling Division 2 side to meet Premier Division title challengers, this is it. The feel-good factor surrounding Creeves Celtic at the moment must be fantastic after their amazing 10-6 comeback win against Athea United in the Riedy Cup semi-final last Sunday.

Broadford United, who are still in contention for a treble, will be wary of a side capable of displaying such remarkable fortitude in a seemingly impossible situation, and will pay special attention to Jason Ahern and Seamus Mangan, who scored five and three goals, respectively, last Sunday.

Broadford aren’t winning their games by big margins but they are winning and should continue that trend on Sunday.

Glin Rovers took a big step toward ensuring their Premier Division survival with a 1-0 victory against Shannonside last Sunday and that will allow them to put their primary focus on this competition, which they last won seven years ago.

They have a strong squad, though emigration will deprive them of David Culhane and he will be a big loss at centre-half. Nevertheless, they still have very accomplished defenders in the likes of Gary Culhane and Kevin Sweeney.

Abbeyfeale United B are going through a bad spell, having lost the three games played since they won 3-2 at home to Rockhill Rovers in the first round.

There are no grounds for suggesting that they are capable of emulating the giant-killing exploits of Breska and Knockaderry.

Kildimo United knocked out the second-placed team in Division 2 when they won 2-0 away to Granagh United last Sunday and they will be trying to go one better this Sunday when they entertain Division 2 leaders, AK United, who have lost their aura of invincibility after defeats in their last two games.