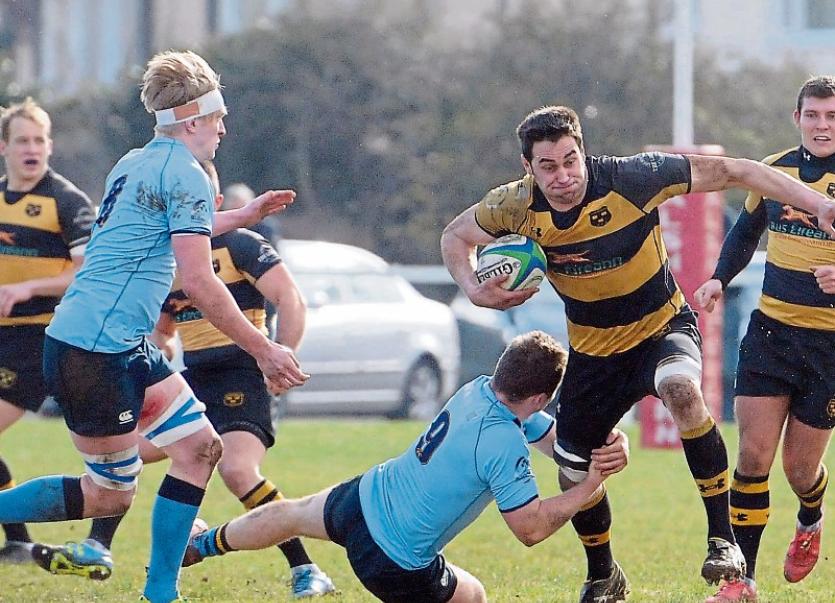 SECOND-PLACED Young Munster will look to boost their hopes of securing a home semi-final in the Ulster Bank League when travelling to Dooradoyle on Friday  night to face local rivals Garryowen, 7.30pm.

A stuttering run of results for Garryowen leaves the ‘Light Blues’ in fifth place in the 1A table, seven points off the play-offs with just two games to go. Fourth-placed UCD face basement side Ballynahinch on Saturday.

Garryowen have lost two of their last three fixtures in 1A and have recorded just one win in their last four.

As Young Munster’s advantage over third-placed UCD is just two points, David Corkery’s side has little margin for error over their remaining two AIL fixtures.

Munsters’ have won 10 of their last 12 Division 1A fixtures and six of their last seven games in the top flight. The Limerick sides drew 16-16 at Clifford Park last September.

Munsters’ head coach David Corkery said: “We now have two games left. Both are in Limerick, one away to Garryowen and then at home to Lansdowne.

“Our future is in our own hands. I can’t see any reason why we can’t top the league at this stage.”

Under Corkery’s guidance, Munsters are playing an open, expansive game, making good use of their exciting backline.

”A lot of people mightn’t like we saying this but I think our backs are actually stronger than our forwards. I am not just saying that. We have a big threat out there, with the likes of Dan Goggin, Gearoid Lyons and then you have the guys who were missing the last day against UCD, David O’Mahony, Abrie Griesel, Michael Vaughan, Diarmuid McCarthy.