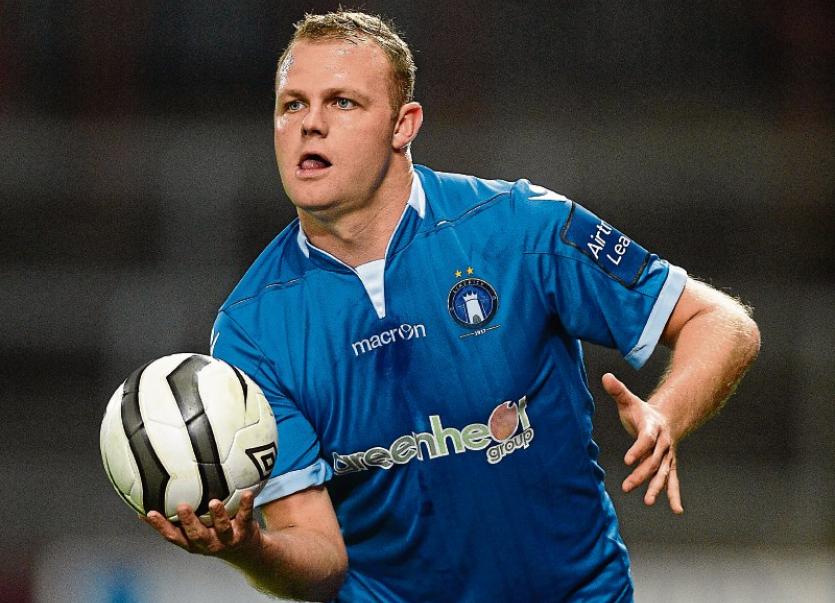 HIGH-FLYING Limerick FC extended their winning start to the First Division of the SSE Airtricity League with a 5-0 thumping of Athlone Town at Athlone Town Stadium on Easter Saturday.

Table toppers Limerick have moved six points clear of Waterford Utd and UCD as a result of another emphatic victory.

Martin Russell’s in-form side scored five goals in an away fixture for the second successive time as the Blues maintained their 100% start to the new league season.

Limerick brought their tally of league goals to 20 after just four series of league games with another convincing victory.

Limerick FC led 2-0 at half-time with two goals in three minutes from defenders Paudie O’Connor, when he scored from Shane Tracy’s corner, and Robbie Williams when he headed home from Aaaron Greene’s cross.

Next up for Limerick is First Division fixture with Shelbourne at the Markets Field on Saturday next, April 2, 6.30pm.