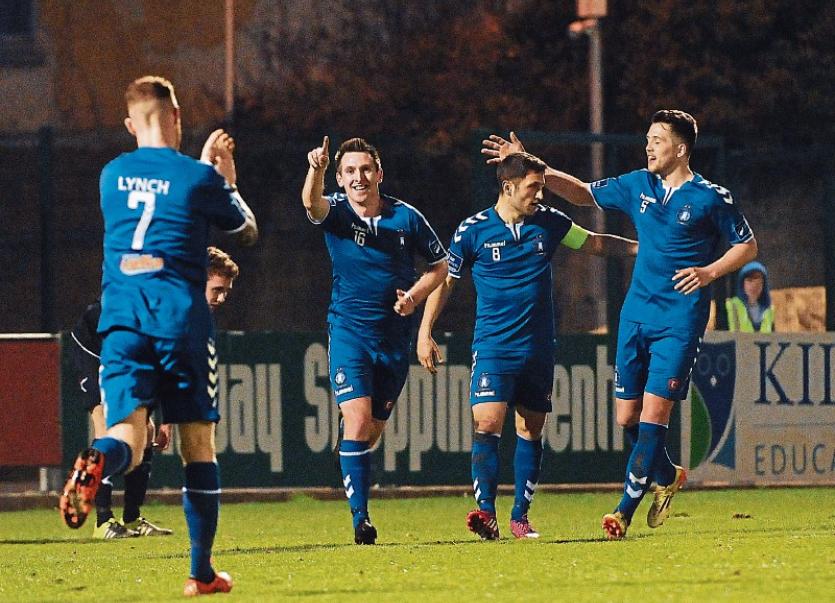 HIGH-FLYING Limerick FC return to action tonight, Tuesday, when facing Cobh Ramblers for the second time in 72 hours, this time in the EA Sports Cup at St Colman’s Park, 7.15pm.

Martin Russell’s Limerick side moved four points clear at the top of the SSE Airtricity League First Division thanks to a 6-1 thumping of Ramblers at the Markets Field on Saturday night.

Stephen Kenny, Chris Mulhall, Aaron Greene, Garbhán Coughlan, Robbie Williams and John O’Flynn all scored for the Blues against Cobh at the weekend to bring the side’s tally of goals in three league games to 15.

Limerick are three-time winners of the EA Sports Cup, the last of those successes coming in 2002. They exited at this stage last year at the hands of Cobh, going down 3-2 after extra-time.

“It will be a different type of game in some ways,” Russell said.

“The pitches are probably opposites completely in terms of it will be tight and it will be bumpy.

“The one thing that we know for sure is that Cobh again will be competitive, as they always have been when we’ve played against them.

Limerick will again be without right-back Shaun Kelly (knee) while captain Shane Duggan (hamstring) is not likely to be risked for the trip to Cobh. Striker John O’Flynn is in line for his first competitive start for the club.