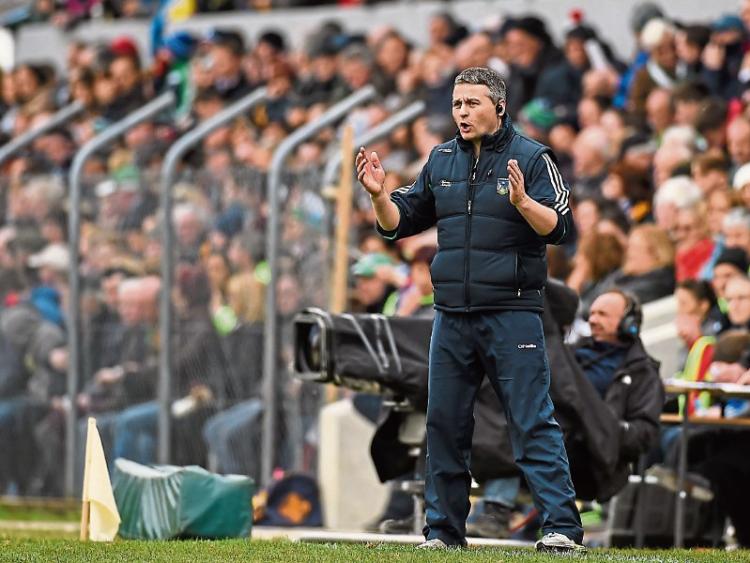 TJ Ryan has hit out at the “disgraceful decision” to allow Clare’s decisive first minute goal in Sunday’s winner-takes-all Shannonside derby in Ennis.

The Limerick hurling manager couldn’t hide his frustration with some decision of referee Fergal Horgan after a four point loss confirmed tier two league hurling for a seventh successive season.

On top of the questionable goal after 37 seconds, Limerick were then forced to play the entire second half after the red card for Barry Nash before half time.

”He took 15 steps - don’t be asking me, there is no point. The referee blew the whistle and he took 15 steps and sticks the ball in the back of the net - don’t be looking to me for the decision, ye know the score,” Ryan told the awaiting media of John Conlon’s first minute goal.

“It was frustrating at times - I don’t want to sound bitter because on the day, from my point of view, there is no doubt Clare were marginally better. They started better and scored a couple of points and we were chasing it all the time,” said the Limerick manager.

He added: “The sending off had an effect on the game because we were chasing our tail all the way through the second half.”

Limerick trailed 1-10 to 0-9 at half time but with 14 men could find the necessary second-half scores.

“Our lads battled hard and chased down everything. We had it back to three and we had a couple of chances and they had a few chances but things went against us and we are very very disappointed and there is not a lot more we can say.”

Ryan confirmed that he didn’t make contact with the eight strong Na Piarsaigh contingent as he felt they deserved time to celebrate their “serious achievement”.

“Realistically they played a match on Thursday. Physically, mentally and emotionally it was going to take a lot of them –  we will have them back next weekend.”

Next up is the April 2/3 league quarter final with Dublin. The toss for home advantage will take place on Monday.

“It’s two weeks this time - last year we were back straight away. We have some time so that is where the focus is now,” said Ryan.

“We owe them,” he said of Dublin, referencing last year’s league and championship exit to Dublin.