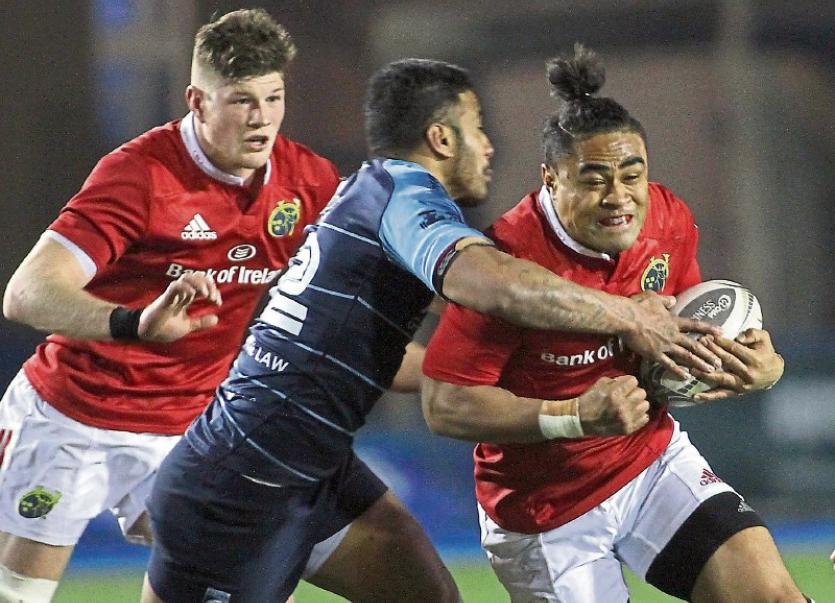 MUNSTER’S hopes of securing atop four play-off place in the Guinness Pro12 suffered a significant blow when Anthony Foley’s men fell to a disappointing 37-28 defeat to Cardiff Blues at the Arms Park on Friday night.

Munster remaining fifth in the table after failing to pick up even a losing bonus point from their rescheduled fixture with the ninth-placed Welsh region. Foley’s charges trail fourth-placed Ulster by four points with just five series of regular season games to go.

Next up for Munster is a crucial home fixture with Zebre at Thomond Park on Good Friday, 7pm.

Despite scoring an early try through Darren Sweetnam, his first in the Pro12, Munster trailed Cardiff 8-10 at half-time.

Although Mike Sherry struck for Munster’s second try on 54 minutes and Ian Keatley converted to keep the visitors to within two points at 18-20, Cardiff added two further tries from Garyn Smith and Rees Patchell to stretch clear at 34-21.