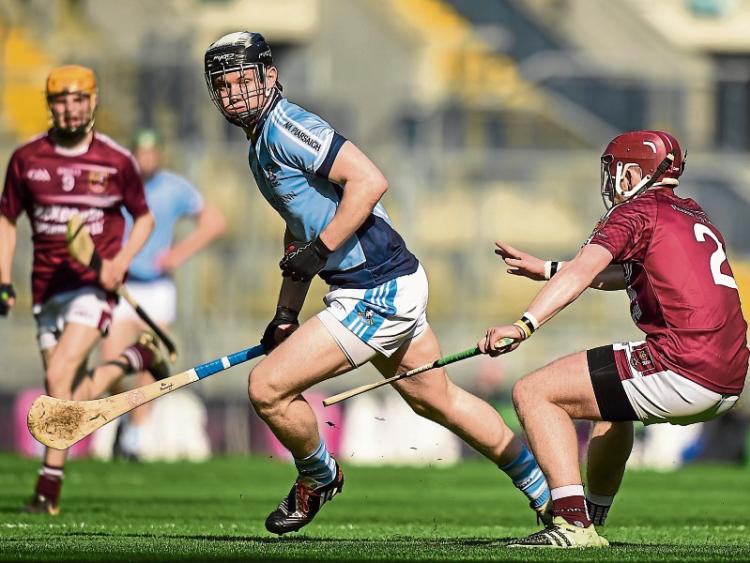 The Limerick city side romped to the Tommy Moore Cup title with a 2-25 to 2-14 win over Ruairi Og Cushendall in Croke Park.

The title win is just Limerick’s first piece of senior championship silverware in GAA Headquarters since the All Ireland senior title of 1973. In the intervening years the only hurling glory in Croke Park was the 2010 All Ireland junior win of Blackrock.

Na Piarsaigh set the tone from the off and were to turn in a superb opening 30-minutes to lead 2-12 to 0-6 at half time.

Adrian Breen set the ball rolling on just 30-seconds when he goaled.

The Antrim champions did hit back with successive points but a run of four points had the Caherdavin men 1-4 to 0-2 clear just before the 10th minute mark with Adrian Breen and Shane Dowling accounting for the points.

A first score in 11-minutes from the men in maroon steadied their ship but it was only temporary.

Nine deadly minutes from Na Piarsaigh in the middle of this first half turned the screw and soon they were 2-10 to 0-3 ahead with just 25-minutes played.

Goal no2 came in the 25th minute from Kevin Downes.

Credit Cushendall and back they came with three unanswered points.

But in first half injury time Na Piarsaigh pushed home their advantage with points from Peter Casey and Kevin Downes to ensure a 12-point interval lead.

In the seond half there was no let-up for the Limerick side.

Cushendall did find two goals but never brought the lead back to single figues.

Five unanswered points early in the half had Na Piarsaigh 2-18 to 0-8 ahead on 36-minutes.

The Antrim men found thier goals but Will O’Donoghue and Pat Gleeson had late points before Cathall King lifted the Tommy Moore Cup in the Hogan Stand.