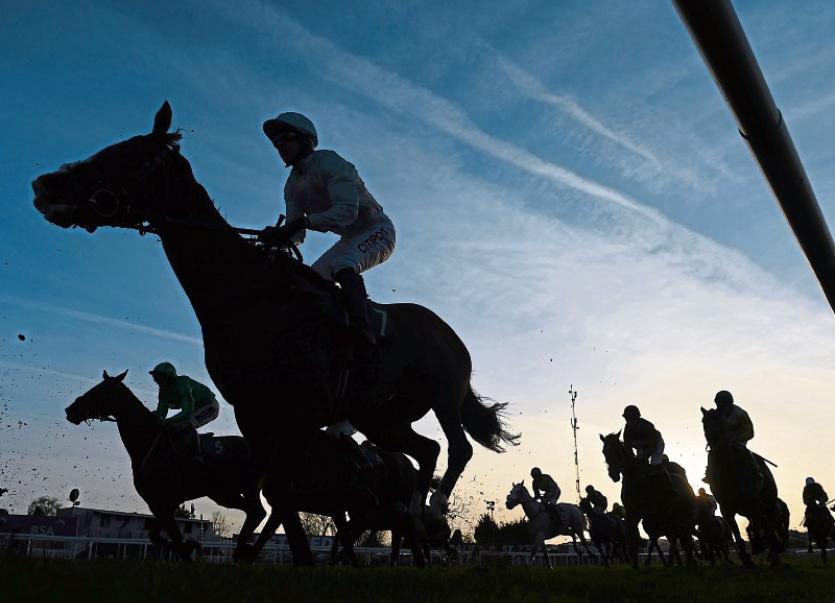 LIMERICK Racecourse is set to stage three successive days of racing from this Friday, March, 11 to Sunday, March 13.

The fixture which had been due to go ahead on Thursday, March 10 but which was postponed due to due to waterlogged ground and false patches has been resceduled to take place this Friday, March 11 as a result of a favourable weather forecast.

The first race at Greenmount Park on Friday goes to post at 2.05pm.

Racing continues at Limerick Racecourse on Saturday March 12 and Sunday, March 13 with racing at 2.05pm both days on the main track where the ground is currently ‘heavy’.

Meanwhile, Limerick Racecourse is one of a number of tracks around the country which is due to benefit from Horse Racing Ireland’s (HRI) approval of the creation of a new €1.7 million Racetrack Improvements Scheme which will be financed through funds allocated for the HRI Racecourse Capital Development programme.

The scheme will facilitate ‘significant drainage works’ at the Patricswell venue.

The €1.7 million will be spent on improvements in areas such as drainage, track widening, track levelling, canter-downs and watering systems, with HRI providing grant aid of 40% (up to a maximum grant of €120,000 per racecourse) for qualifying projects already submitted under the main Capital Development scheme.

Works will have to be completed by the end of 2017 and although there is approval in principle for the projects, they will still be required to undergo an individual evaluation process by HRI.