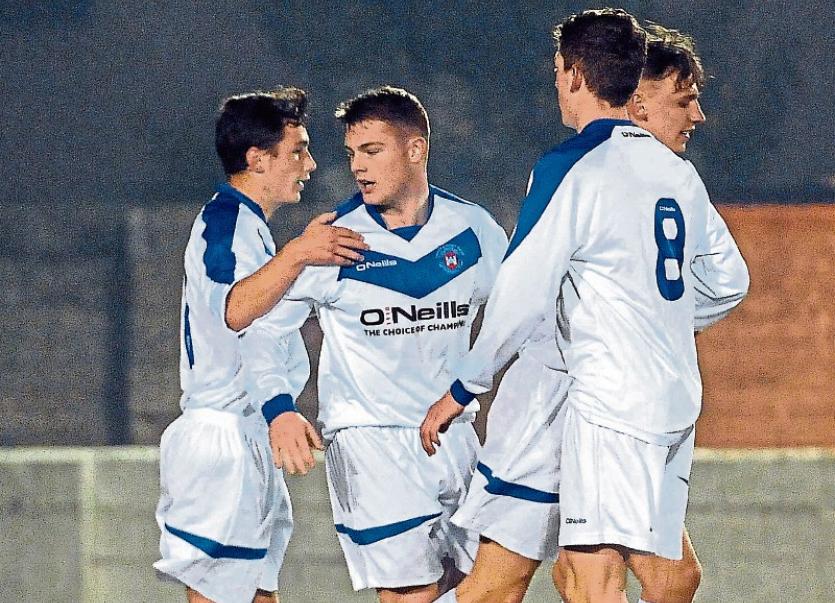 LIMRICK District League side qualified for the semi finals of the Inter County Youth Trophy with a big 7-1 win over the Wexford DL at Annacotty on Sunday.

Martin Sugrue and Jason O'Connor have been doing great work with this side and it paid dividends on Sunday with a clinical performance to reach the last four.

David Hannon was tormentor in chief for Limerick nabbing a hat trick before exiting the fray.

Ben Quirke, Jack Barry and Anthony Barrett were also prominent throughout for the winners.

Limerick opened the scoring after nine minutes. Ben Quirke picked out Jack Barry and when his shot was palmed away by Wexford keeper Kirwin, but only as far as Dylan Kennedy who returned a looping header back into the net.

It was all one way traffic but keeper Kirwin made fine saves from Hannon, Barrett and Dylan Sheehan but despite the dominance Wexford were back on level terms on 16 minutes.

Parity lasted only six minutes when a super ball from Quirke found Dean Shinnors and his ball across goal was put away by Hannon.

Hannon scored again five minutes later when he received a ball from Jack Barry before turning his marker and hooking the ball over the keeper.

Hannon completed his hat trick ten minutes after the restart with a cracker from the edge of the box following good work by Seamus Moloney and Steve Daly to make it 4-1.

Eight minutes from time Aaron Murphy marked his introduction by finishing from close range from a good Dean Shinnors pass.

Two minutes later Shane Donegan and Clive Healy combined for the latter to supply Trevor Daly with the opportunity that he took from close range.

Limerick wrapped up the scoring in the final minute. Anthony Barrett played a through ball for Daly and he pulled the ball back for Quirke to mark an excellent game with the final goal.