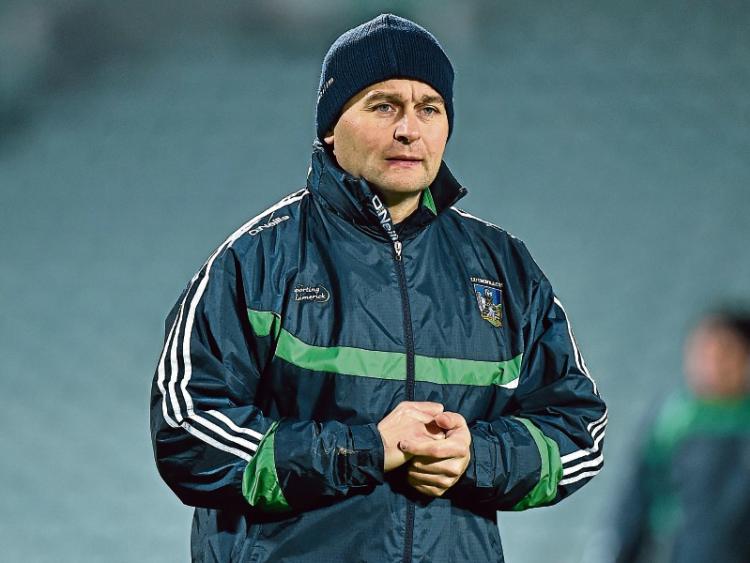 TJ Ryan breathed a sigh of relief this week with confirmation that all his rising stars emerged through the Fitzgibbon Cup without injury.

Ryan’s Limerick hurlers travel to Tullamore on Sunday (2.00) to play Offaly and just James Ryan (due back shortly) and Sean Finn (out for season) will be absent, as well as the eight strong Na Piarsaigh contingent.

”Player wise we are good, touch wood. All reports from the weekend are that players are ok. The last month has been hectic for so many of them so we just have to monitor them this week because some of them played two games last week,” explained Limerick manager Ryan this Tuesday.

”This week is about getting our own house in order,” he said.

”The ball is in our court and we just have to get ourselves right and go there and get a win – we can’t afford any slip-ups.”

As Limerick bid to end six seasons in the second tier of the Allianz Hurling League, all will be mindful that the men in green have won just one of four recent meetings with Offaly.

”Offaly has been a slippery fixture for the last few years so this is a must win game for us. Last year we had a man sent off after a couple of minutes and the year before we were four points up and let it slip – its been one of those things against Offaly,” recalled Ryan.

Offaly are under new management this season with former Ballybrown club coach Eamonn Kelly now at the helm. They lost to Clare in round one but beat Laois last time out.

Limerick bring an unbeaten record to Tullamore but the manager is calling for an improvement on the display that just saw them edge past Kerry in the previous round.

”The performance in the second half was poor at times and there is no doubt we need an improvement on Sunday. Realistically we scored 1-16 in the first half and gave away a softish goal. We started the second half well and should have taken some chances to kill off the game,” he recalled.

Meanwhile the Limerick footballers are also on their travels this Sunday (1.30) – they play Kildare in Newbridge. John Brudair’s side chase their first win of the season in the round four game against the current table-toppers in Division 3.

Limerick need a win to move off the foot of the table.