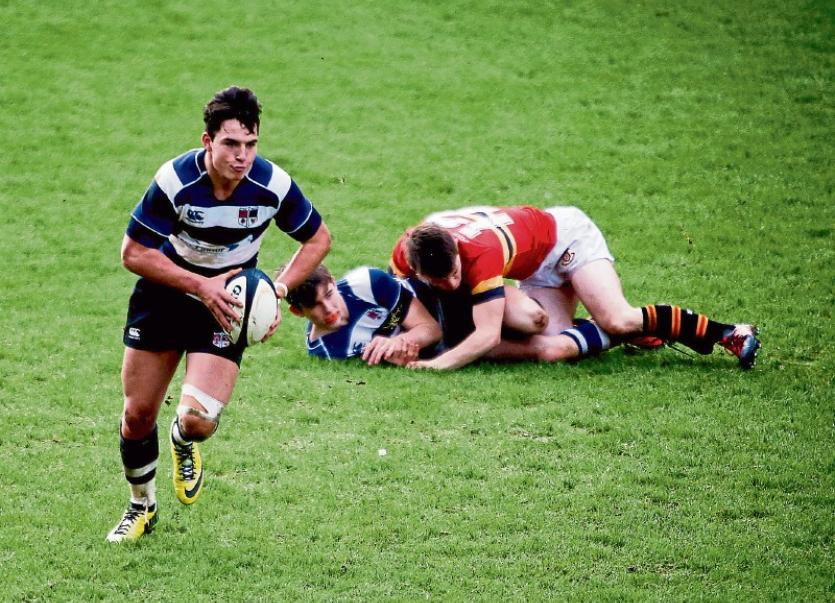 A powerful Crescent College side dominated long periods of the game, but it was not until the second period that the Limerick side stamped their authority on the scoreboard.

The Limerick side led 3-0 at half-time thanks to a penalty goal from out-half and captain John Hurley.

The Dooradoyle side took a firm grip on the semi-final clash soon after the re-start when striking for their opening try through hooker Ronan Reynolds. Munster U-17 development squad member Hurley converted to help his side into a significant 10-0 lead.

Clinical Crescent made the game safe when number eight Jack Madden crossed for their second try, with Hurley again on target with the conversion.

The Limerick side added a third try in stoppage time through replacement Eoin Feeney.

Crescent will be appearing in their fourth successive Junior Cup final when taking on the winners of tomorrow, Wednesday’s, second semi-final between Glenstal Abbey and holders CBC.

The Junior Cup final is due to take place on Wednesday, March 9 at a Limerick venue if Glenstal win, but at a Cork venue should CBC advance to the decider.