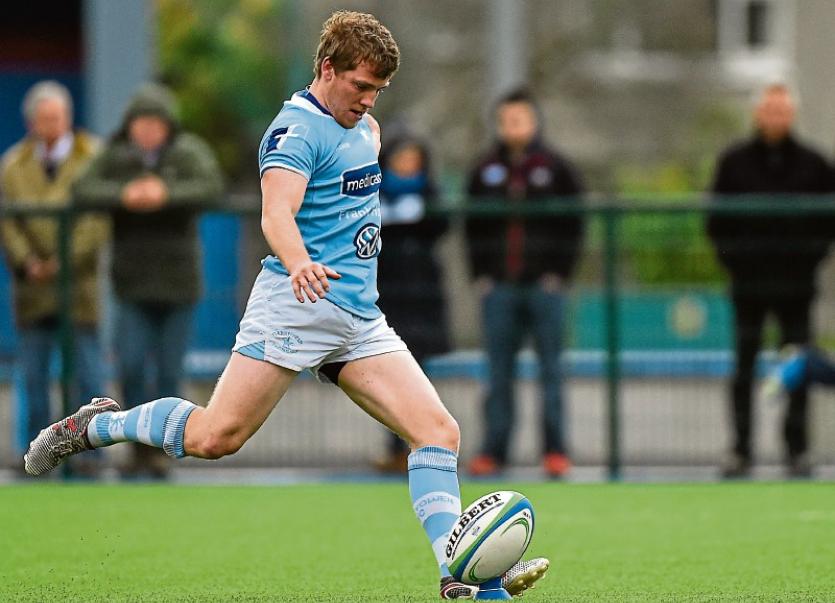 GARRYOWEN recorded the only Limerick win on a disappointing day for local sides in the top two divisions of the Ulster Bank League.

However, despite Garryowen’s hard-earned 12-3 victory over Terenure College at Dooradoyle, the ‘Light Blues’ have dropped out of the top four places in Division 1A.

Also in the top flight, third-placed Young Munster had to be satisfied with taking a try bonus point in their 42-25 defeat to table toppers Clontarf.

In Division 1B, Shannon remain in sixth place after suffering a 30-23 reverse away to Ballymena, while UL-Bohs relegation fears continue after the Annacotty side fell to a heavy 42-13 defeat at home to Dublin University.

Garryowen reignited their play-off hopes with a precious home win, despite playing an hour of the game with 14 players following the red-carding of second row Paul McCarroll.

Garryowen dominated possession and territory and four penalty goals from the boot of scrum-half Neil Cronin guided the home side to victory. The ‘Light Blues’ led 6-3 at half-time.

Despite the win, Garryowen slipped behind fourth-placed Cork Con, who have a game in hand, on points difference. Garryowen and Cork Con meet in a crucial fixture next Saturday at Temple Hill.

Munsters’, who trailed 34-8 at half-time, managed to score four tries in all through Daragh O’Neill, 2, Gary Fitzgerald and James O’Connor.

David Corkery’s side face second-placed UCD in another crucial fixture at Clifford Park on Saturday next, 2.30pm.

In Division 1B, Shannon remain in sixth place in the table, eight points off the promotion play-off places following their 30-23 defeat away to Ballymena.

Marcus Horan’s side had to be satisfied with taking a losing bonus point from the game. Stephen Fitzgerald and Tony Cusack scored tries for the Parish side, who trailed 15-3 at half-time. Tadhg Bennett added 20 points with the boot.

UL-Bohs remain in the relegation play-off position in 1B after their 29-point thumping at the hands of Dublin University.

The Annacotty side remain 14 points ahead of bottom side Belfast Harlequins with three games to play and so are all but assured of not finishing in the automatic relegation spot.

However, UL-Bohs sit five points behind eighth-placed Blackrock College and six points adrift of seventh-placed Dolphin and the Red, Red Robins need to finish ahead of one of these two clubs to avoid being involved in a relegation play-off. Next up for UL-Bohs is a crucial away date with Dolphin on Saturday next.