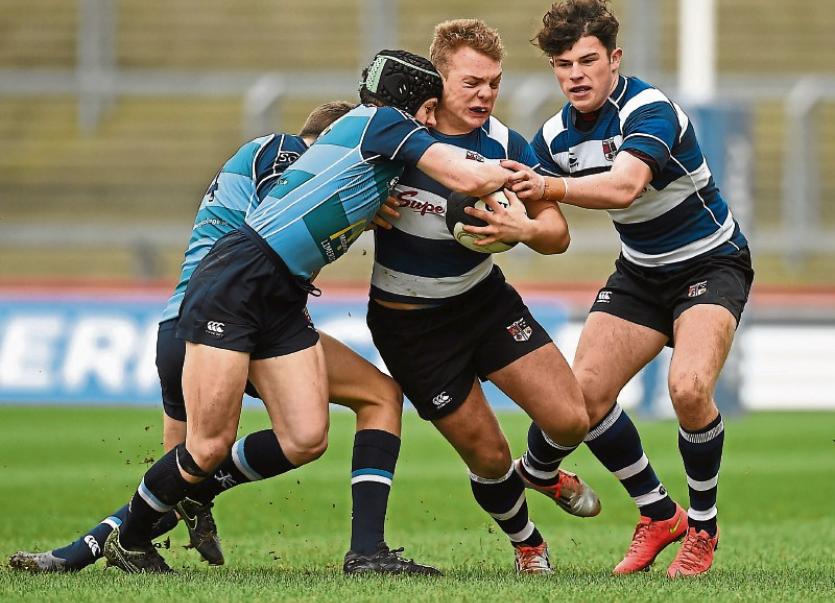 Castletroy had looked on course to cause a semi-final upset when deservedly leading the Dooradoyle side 12-0 at half-time. However, 2012 and 2013 Senior Cup winners Crescent produced a storming second half comeback, scoring 26 unanswered points between the 43rd and 60th minute to storm into next month’s final.

Crescent’s final opponents at Musgrave Park on Sunday, March 13, 2pm, will be a CBC side which defeated the Limerick school in the opening round of the Cup last month.

Underdogs Castletroy College were boosted by the presence of fit-again hooker Mark O’Mara and out-half Jamie Heuston in their starting line-up for the derby clash.

The Newtown school made the perfect start when jumping into a 12-0 lead after 25 minutes. Scrum-half Stephen Atkinson touched down from close range after 18 minutes, with out-half Heuston converting. Castletroy bagged a second try when Crescent had a player in the sin-bin through prop Conor Myers following a quickly taken line-out.

Castletroy retained their 12-0 lead to half-time, but the 2008 winners wouldn’t score again as resilient Crescent turned their fortunes round in a dramatic two minute spell in the third quarter.

Quick-fire tries from Peter Ian Hickey and Daniel Hurley, following a fine break from Calvin Nash tied up the scores. Hurley converted the second of the tries and suddenly Crescent led 14-12 after 48 minutes.