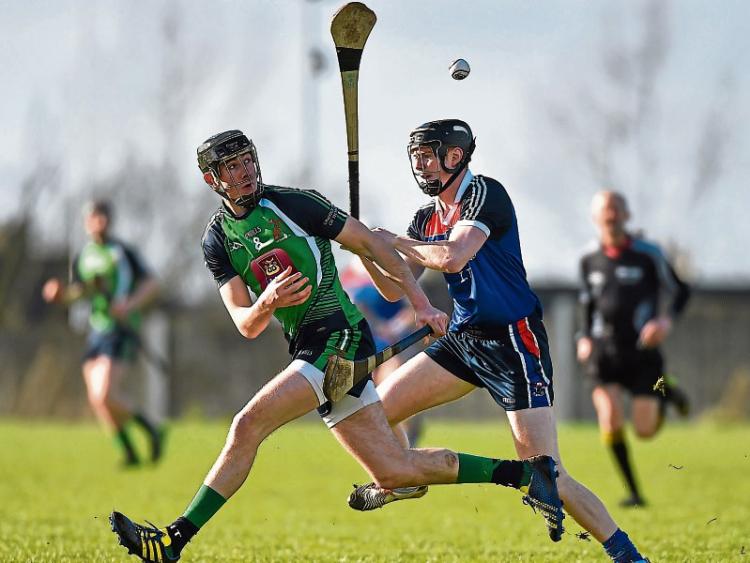 THERE is guaranteed to be Limerick representation in the Fitzgibbon Cup final with three Limerick colleges taking part in the finals weekend in Cork as one of the most exciting competitions on the GAA calendar comes to a conclusion on Saturday.

Joining the Limerick trio of UL, LIT and Mary Immaculate are Dublin college UCD – who are looking for a historic Sigerson/Fitzgibbon double after the university’s footballers were successful in Belfast last weekend.

In fact UCD are also looking for a double over UL, after the men from the capital defeated the Castletroy college 4-12 to 1-9 last Friday in Belfast.

Gearoid Hegarty played in that game for UL and the St Patrick’s dual star will be looking to guide his college to the national final after being a part of the successful Limerick U-21 side who defeated Wexford in the All-Ireland final in September.

A number of players, including Hegarty are chasing Fitzgibbon medals, a week after Kilteely-Dromkeen’s Sean O’Dea won a Sigerson medal in Belfast. In fact, Hegarty is one of 16 Limerick players who could feature this weekend at the finals weekend in Cork Institute of Technology.

Clare and Tipperary are also well represented by the Limerick colleges while UCD’s team mostly consists of players from Dublin, Wexford and Kilkenny.

Mary I have All-Ireland U-21 winners Cian Lynch, Darragh O’Donovan, Richie English in their ranks as well as seniors Declan Hannon and David Reidy. They also have Clare’s Colm Galvin and Cathal McInerney in their set-up.

LIT also have the man who captained that successful U-21 side Diarmaid Byrnes as well as Doon’s Niall Maher Dempsey brothers Alan and David as well as Clare’s David Reidy as well as Cathal Barrett of Tipperary.

UL will be missing Bruff’s Sean Finn, who is set for a lengthy period on the sidelines after suffering a cruciate ligament injury against Mary I.

Historically, the Dublin college are strong – having amassed 32 titles. By comparison, the Fitzgibbon Cup has only stayed Shannonside on seven occasions – with defending champions UL emerging as winners on five occasions and LIT winning the competition in 2005 and 2007.

Should UL overcome UCD, it would set up a first all-Limerick final since the Castletroy college defeated LIT in the 2011 decider in Waterford when a last-gasp Thomas O’Brien goal gave UL the victory.

Mary I have never won the top prize in colleges hurling but have won the Ryan Cup (the second tier competition) five times, most recently in 2012. The teacher training college are joint-top of the Ryan Cup roll of honour, alongside LIT, who won the last of their five titles in 2001 before becoming a permanent fixture in the top competition.

Those two city rivals face-off in the other semi-final on Friday afternoon. This tie sees two All-Ireland winners as players and managers on the sidelines as Eamon Cregan (Mary I) goes up against Davy Fitzgerald (LIT). While both sides have high-profile managers, they also have a huge amount of talent on the field.

That Limerick derby takes place at 3pm, after the UL v UCD clash which throws in at 1pm.

The final of the Fitzgibbon Cup is on Saturday at 3pm from CIT and is being televised live on TG4.