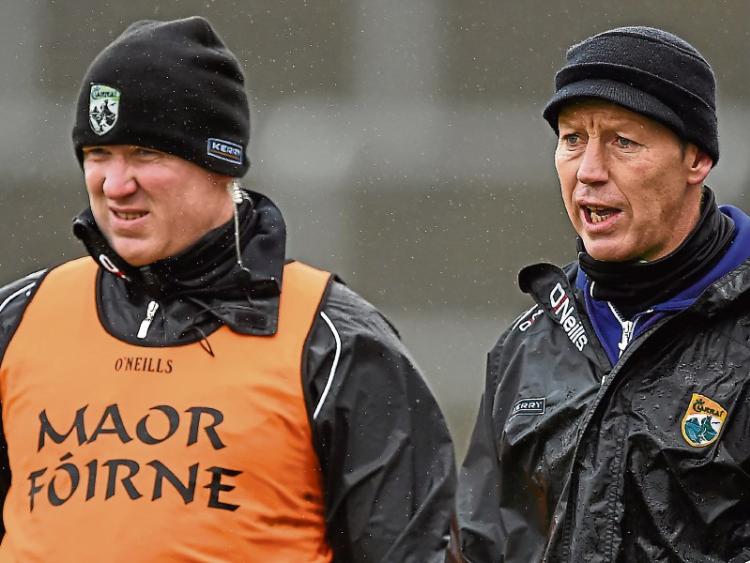 THE pride and the frustration filled manager Ciarán Carey’s reaction after his Kerry team came within a few scores of inflicting the biggest upset in years in the National Hurling League against Limerick.

Coming after their opening round win away to Laois, they put it up to Patrickswell legend’s former county team in Killarney despite trailing by 11 points at the break.

“We just made a lot of mistakes in the first half. But I’m extremely proud of the lads of how they bottled them in the second half. Losing by four points to Limerick any day of the week is a good display. They worked great today. Phenomenal.”

But that good display wasn’t all he wanted.

“It wasn’t too much of a surprise to us. If we hadn’t make that amount of mistakes, there could have been a major surprise on the cards. But today wasn’t to be our day.”

Concentrating on the task in hand, Carey didn’t add any significance to the fact that the opposition was the team he starred for over almost two decades.

“It didn’t even come into it. Myself and Mark (Foley) came down here to do a job. We’re here to improve Kerry hurling and bring it to another level where it hasn’t been before. We’re doing it step by step.”

“Being honest about it, I haven’t given it any thought. At the end of the day, people like myself won’t be making those decisions.”

The previous weekend’s win over Laois has boosted Kerry’s chances of surviving their first  season in Division 1B but retaining their status is not Carey’s immediate priority.

“We’ve won one, lost one. Our next outing is against Wexford on Sunday week. We’re looking no further than that.”