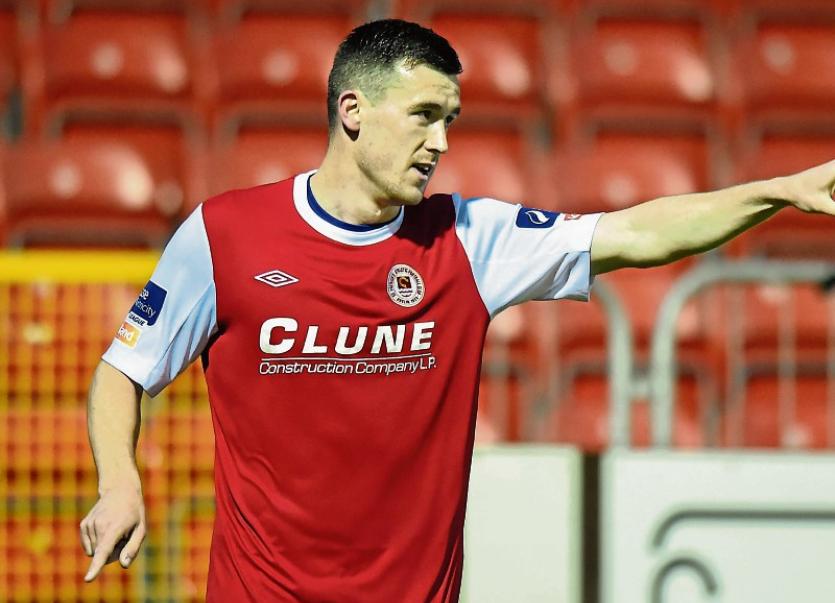 LIMERICK FC have completed the signing of Aaron Greene ahead of the 2016 SSE Airtricity League season.

Greene, who watched Limerick’s friendly with Cork City on Thursday night, signed for the Blues afterwards to increase the firepower at Martin Russell’s disposal.

The Dublin native has been capped at U-21 level as well as appearing for a host of League of Ireland clubs since joining the league in 2009.

Beginning with Galway United seven years ago, Greene (26) was picked up by Pat Fenlon following the Tribesmen’s relegation and Bohs finished runners-up that year.

Greene moved on to Sligo Rovers under Paul Cook. He made 35 league appearances as well as winning the FAI Cup with the Bit O’ Red.

After a spell at Shamrock Rovers, Greene would return to the Showgrounds where he would win his second FAI Cup with the Club.

Speaking about the capture, Limerick boss Martin Russell was elated. He said:

“In terms of the calibre of player, we’re delighted. It also adds a lot of competition.

“It’s unusual in a sense for a player of his quality to drop down a division but we’ve been working on it now for a couple of weeks. Aaron is very aware of what’s going on at Limerick and he knows a few of the lads here.

“He plays a number of positions and that’s another huge plus.”