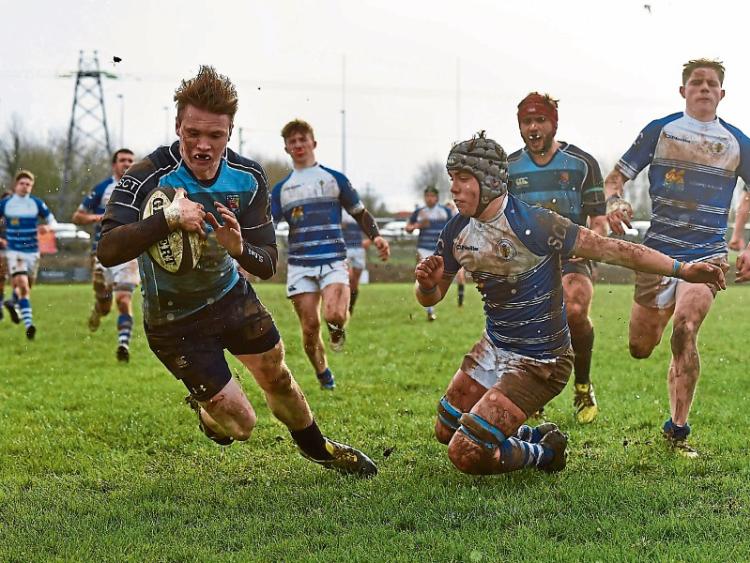 FAVOURITES Castletroy College had to withstand a stern test from St Clement’s College before securing their place in the Munster Schools Senior Cup semi-finals with a hard-earned 15-0 win at Rosbrien this Tuesday.

Spirited St Clement’s had the sniff of an upset in their nostrils when trailing the pre-Cup favourites by just five points at half-time.

Castletroy out-half Stephen Atkinson bagged the only points of a highly competitive opening half when touching down in the 15th minute.

2008 Junior Cup winners Castletroy finally put some daylight between themselves and their opponents when notching two tries in a crucial three minute spell from prop Joseph Conway and winger Eoghan Carew in the third quarter.

St Clement’s battled bravely to the finish and the city school can feel decidedly unfortunate that they didn’t manage to record a score for the second Senior Cup game running this season.